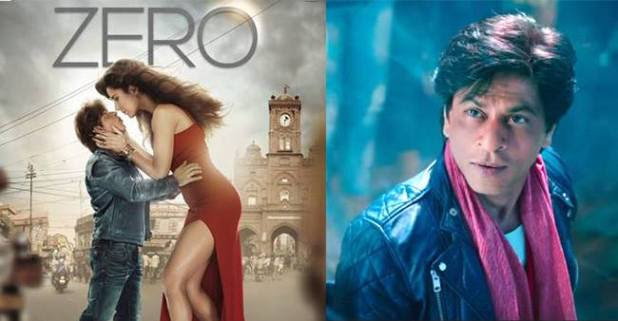 This year has been good for the Bollywood as at the end of the year, huge commercial movies are prepped up to hit the theatres and in the list to top is Shah Rukh Khan’s most anticipated movie Zero. Since the teaser and posters have come out in public, fans really can’t hold their horses to bid a farewell to this year with movies like Zero. The movie, helmed by Aanand L Rai features Katrina Kaif and Anushka Sharma in the lead roles alongside SRK. The 200 crores budget movie is expected to do well at the Box Office collection and fans really can’t wait anymore.

On Shah Rukh’s 53rd birthday, the filmmakers have decided to release its trailer today at 3 pm and we are excitingly waiting to watch it.

But here we are bringing one unaware fact about the movie’s title which was initially related to Katrina’s name. Yes, during an interview with DNA, Katrina had previously revealed that the movie was originally titled Katrina Meri Jaan. This sounds a bit unusual. Moreover, when Katrina had a conversation related to the role, she managed to bag in the movie. The actress said, “Honestly, Anand sir has been discussing this film with me for the last two years. It was originally titled Katrina Meri Jaan, which is probably why people keep asking me if I’m playing myself in the film.”

Yesterday, Shah Rukh took to his social media and disclosed two new posters of Zero featuring Katrina and Anushka. In the movie, while Shah Rukh plays the role of a vertically challenged man named Bauua Singh, Katrina will be seen playing an actress who is an accessive drinker. Meanwhile, Anushka will also be seen playing a character with a disability. All three differently abled people but when meeting together will definitely bring magic to the movie.

Are you excited to watch Zero, do share your comments with us…