Salim Khan Birthday: The Man Who Broke All The Stereotypes, Lives A Happy Life With His Two Wives 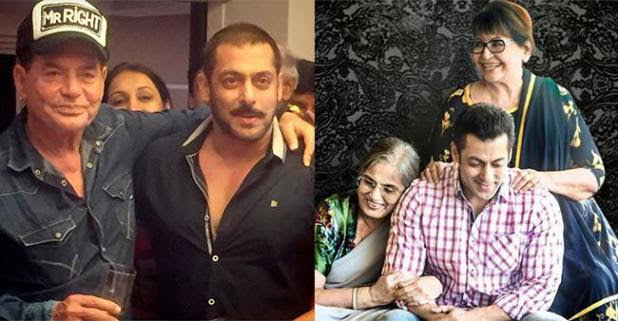 Discussing his marriage life, he first got married to Sushila Charak, a Hindu, on 18 November 1964. Sushila’s father, Baldev Singh Charak, was a Hindu from Jammu, while her mother was a Maharashtrian Hindu lady. Khan and Sushila/Salma have four children together; three sons, Salman, Arbaaz and Sohail, and one daughter, Alvira Khan Agnihotri. Later in 1981, Khan married actress Helen Richardson, a Christian lady whose father was Anglo-Indian and mother was Burmese. The big-heart family later adopted a girl named Arpita who was an orphan lying on the streets of Mumbai. Yes, Arpita Khan Sharma who is currently into the limelight after brother Salman Khan launched her husband Aayush Sharma.

His personal life was very much into talking when he married a Christian lady, as it was a tough time for Sushila and the entire family. But against all, the man managed with his both wives and settled down in a healthy relation. The man didn’t leave any of his wives, without making any picking went on selecting the entire family including his both wives. Helen too never behaved like a home breaker as if she was the second choice of Mr. Salim and the entire Salim’s family shares a mutual understanding and good bond with each other.

The man was an MA student in Indore when he attended Kamal Barjatya’s marriage, son of producer Taranchand Brajatya. In the function, he was noticed by film director K Amarnath, who was impressed by Salim’s look and offered him supporting role in the movie for Rs 1000 and Rs 400 for the shooting period. This was his first step and entry into the film Industry.

Well, the man is an incredible star who gave millennial actor Salman Khan to the Indian Cinema, one of the renown and precise actors of B-town.