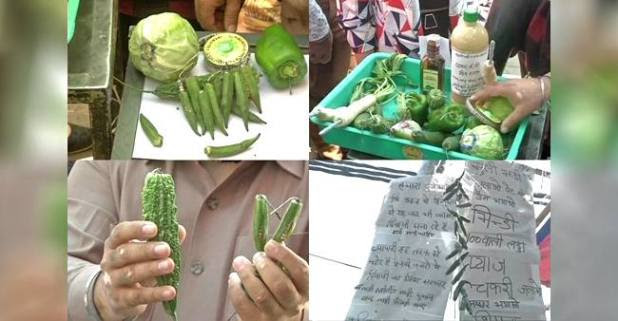 To safeguard the nature this Diwali, Supreme Court delivered its verdict saying that only green crackers can be used during Diwali and any other occasions, and this verdict left many vendors in doubt and confusion state that they didn’t even understand with the term ‘Green Cracker.’ As they already had many kilograms of crackers in stock, all set for the festive season, Diwali. However, with the apex court’s stop, which in turns left vendors and wholesalers in a huge loss and wanted to push out their stock as soon as possible. The police and cops started nabbing people in possession of crackers. 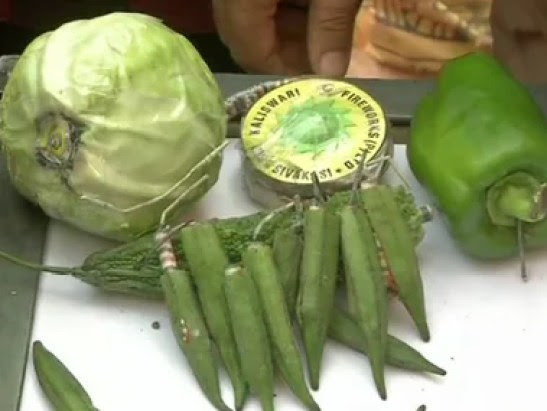 With the verdict, the vendors were left with no option, the sellers have started showing their anger. Perhaps we would have never imagined a peaceful and innovative anger like this in Sadar Bazaar. The wholesalers had hollowed out vegetables and infused crackers inside them saying that this is what “green crackers” mean to them.

A man behind the cracker stall Harjit Singh Chhabra told The Times Of India, “This is our way of of dealing with the situation.” 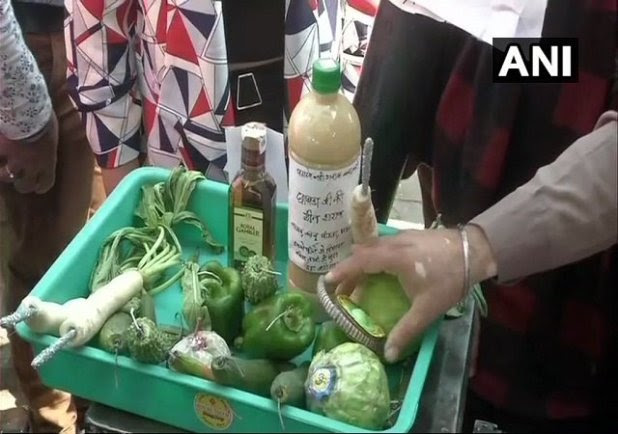 One of the sellers told Times of India, “The stop should have been imposed before the licenses were issued and the stocks were purchased. Now my old stock worth crores will go waste. It’s a question of the livelihood of lakhs of people dependent upon the cracker business.”

The “green” crackers exhibited at Chhabra’s stall included cauliflowers filled with bullet crackers, chakras coiled with onions, and crackers pushed inside chilies. Chhabra being the President of Sadar Bazar Welfare Association said that the idea of the stop is to make the government understand that their decision has affected thousands of livelihoods who make a living only by selling crackers and they should not just have banned but would have given some idea to cope up with the loss which the wholesalers are facing. 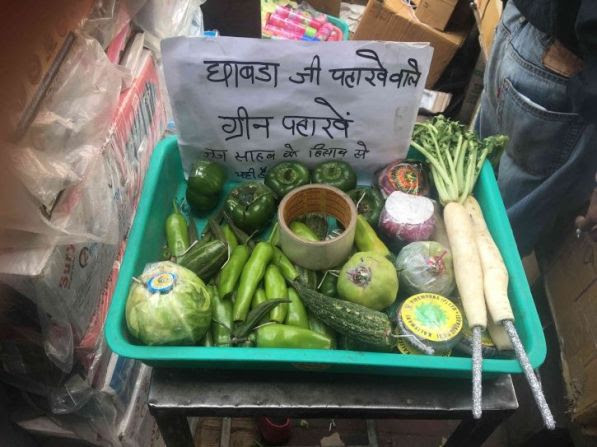 A very Happy Diwali, Tell us how was your Diwali this year…