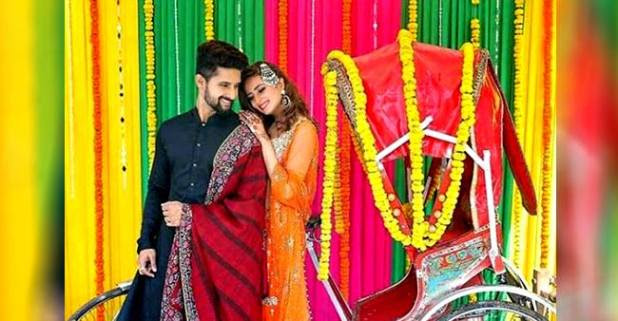 Ravi Dubey and Sargun Mehta, the cutest couple of the Television Industry never miss a chance to share their posts and pictures in social media and we all know that Ravi is fond of babies, as their chubby smiles, endless cuteness is loved by the actor, he gets instant liking to babies and always share them with his fans in social media.

In his latest edition, he shared a post on his Instagram story which has left all his fans astonished and we wonder that something really exciting is going to come out. The actor wrote, “PAANCH MAHINE SE I HAVE HIDDEN FROM YOU A JOY THAT’S ENTERED OUR LIFE…WILL INTRODUCE YOU ON THE 10TH OF THIS MONTH HAPPYDIWALI.” 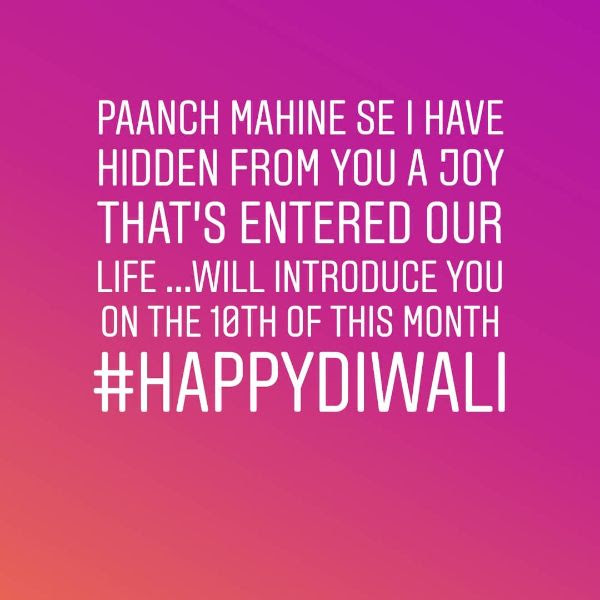 Courtesy
On this Diwali eve, his statement has left us all astonished if the actor is revealing something really special of news of Sargun’s pregnancy or just like the last one where they revealed about their project. Whatever be the outcome, we are eagerly waiting to know about the revelation.

The couple met on the sets of ZEE TV’s 12/24 Karol Bagh and fall for each other. After dating for a few months, they decided to tie the knot but they never appeared on the small screen together. Their chemistry was loved on the show and became a huge hit. Ravi and Sargun fit each other and fans are gushing over them.

While sharing about their love story, Ravi once told, “I found her extremely lively and vibrant but she found me very reserved, something that I am not. Later, of course, we realized we are very similar, which is how we got attracted to each other.”

On 5 February 2013, Dubey proposed to her on national television in the dance reality show Nach Baliye 5, where they both were the contestants of the show. He got married to her on 7th December 2013. He recently was the host of Star Plus’s game show Sabse Smart Kaun.

Hold your horses for 10th of November, till then stay tuned with us…