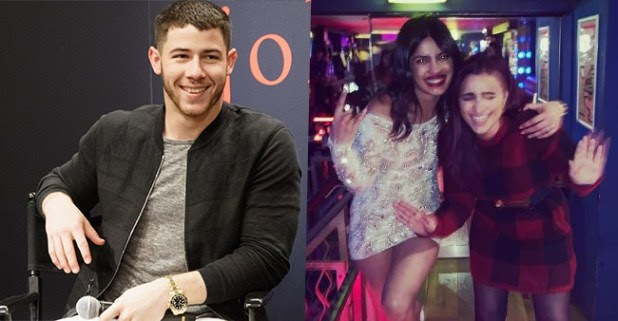 Priyanka Chopra’s cousin and actress Parineeti Chopra share a pure sister relationship. The soon to be married couple are enjoying their bachelorette days to their fullest. Ever since Priyanka has got engaged, Parineeti and Nick Jonas have been having fun banters on the social media. Their latest conversation on Parineeti and Priyanka’s picture from Priyanka’s bachelorette is beautiful.

Recently, Parineeti took it to Instagram and shared a picture with Priyanka from their bachelorette trip in Amsterdam. Looking on to the picture Nick commented on the post, “Wow she’s so beautiful. Any chance you could introduce me? Further, Parineeti replied, “She’s very hard to get. But I can try for you if you agree to pay the 5 million dollar sho hiding fee.” Both indulged in a funny chat on social media. While Nick to be introduced to Priyanka Chopra PArineeti reverted by asking for Rs. 5 million in return as her sho hiding fee.

Well, we can see a true leg pulling relationship between Nick and Parineeti. Talking about the bachelorette party Priyanka’s close friends including  Isha Ambani and Sophie Turner also marked their presence at such an exciting and joyous moment. The girl gang was seen partying in the Netherlands capital.

Priyanka also took it to Instagram and shared snaps from her bachelorette. She captioned one of the posts as, “Featherweight Champion of the world..” with the hashtags Bachelorette and Faux not Fur.

The bride-to-be Priyanka have started enjoying her bachelorette days before taking her strut down the aisle to wed her love Nick Jonas this December. After a big bash in New York, the global superstar headed to Amsterdam with her girl gang for her extravagant bachelorette party. Looking forward to her daily celebration the beautiful bride is getting viral all over the internet and all the social media platforms.