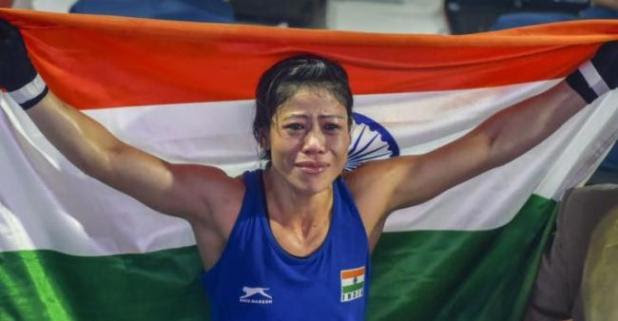 MC Mary Kom has made our country proud with her latest achievements by defeating Ukraine’s Hanna Okhota by a unanimous 5-0 decision in the 48kg light flyweight final to clinch an unprecedented sixth gold medal at the Women’s World Championships at the KD Jadhav Indoor Stadium in New Delhi on Saturday 24th November. 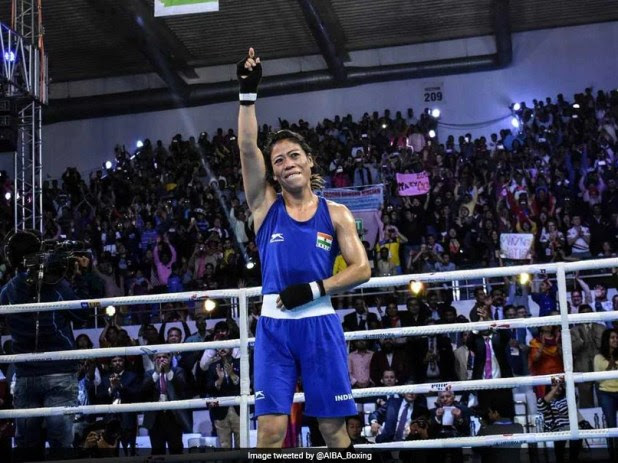 Mary’s latest achievement has created a history and as she has become the most successful boxer in the history of the Women’s World Boxing Championships. The brave lady has previously bagged gold in 2002, 2005, 2006, 2008 and 2010 editions of the Women’s World Boxing Championship and was tied at five gold medals with Katie Taylor of Ireland. The Manipuri boxer now has seven medals in her kitty in the biennial amateur boxing event after having won a silver medal in the 2001 edition. 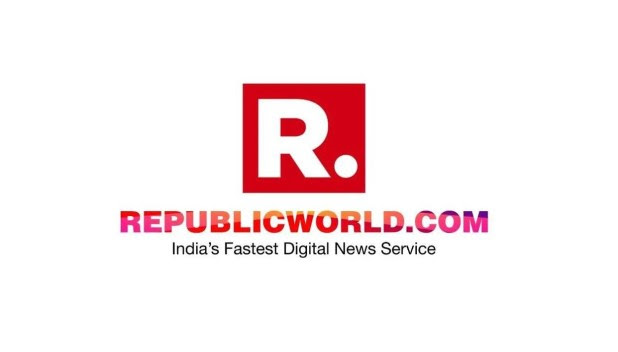 Mary after bagging the gold medal also matched Cuba’s Felix Savon as the joint most successful boxer – men and women – in the World Championships history.

Mary Kom went on to defeat North Korea’s Kim Hyang Mi in a unanimous 5-0 decision to enter the final of the championships during the semi-final on Friday, 23rd November.

Following Mary’s magnificent victory, expectations are high on Bhiwani-born boxer Sonia, who is yet to have a lot of records on her. 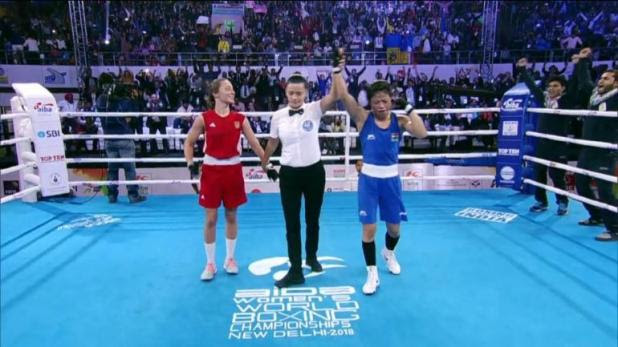 Many congratulations to Mary Kom for her achievement and cheers to girl power!

Published by Harmisha Chauhan on 24 Nov 2018