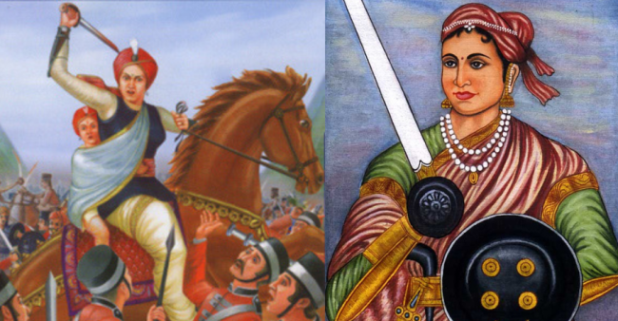 Born on 19 November 1828, the Queen of Jhansi, Lakshmibai, was the leading Indian rebellion of 1857 and became an emblem of strength and cover of protection for Indians at the British Raj for Indian nationalist. Being the queen of the princely state of Jhansi, she had always been polite yet dauntless in front of the Britishers as one of the leading freedom revolutionaries among women.

Preceding further we have some rarely unknown facts, yet in a nutshell way, so just keep reading the interesting history of this gallantry woman.

1. Braveness was in her nerves: She was educated at home and her studies included, shooting, horsemanship, and fencing and mallakhamba with her childhood friends Nana Sahib and Tatya Tope.

2. Born in the land of Varanasi: The iconic lady was born in the town of Varanasi into a Marathi Brahmin family.

4. She was fond of horse-riding: Her horses included Sarangi, Pavan, and Baadal if believing to the historians she rode Baadal when escaping from the fort in 1858.

5. Tied nuptial knot in 1842: Manu was married to the Maharaja of Jhansi, Raja Gangadhar Rao Newalkar, in May 1842 and then was titled as Lakshmibai (or Laxmibai) honor of the Hindu goddess Lakshmi.

7. Hugh Rose was the commander of the British force against her: Reportedly, Hugh Rose, a senior British army called her personable, beautiful and clever.

We will always remember Lakshmibai as she still stays in millions of heart as an inspiration.

Till then stay tuned for more updates.