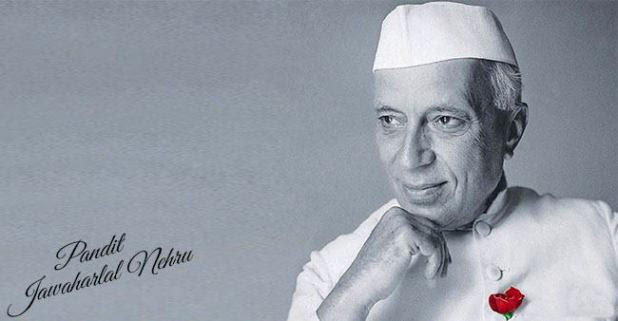 Pandit Jawahar Lal Nehru, India’s first Prime Minister was born on 14th November 1889. One can never forget his contribution to India’s struggling time, as he was a freedom fighter and a central figure in Indian Politics before and after the Independence. Pandit Nehru belongs to the Kashmiri Pandit community and children called him as Chacha Nehru out of love and also kids are special to him and hence celebrate this day as Children’s Day.

Let us praise his contribution to India on his birth anniversary!

2. When the iconic leader left us on 27th May 1964, a huge number of people gathered to see him for the last time as the man was adorned by everyone, it was among the largest gatherings of people, the first being Gandhi’s cremation.

3. The man was witted with deep knowledge of Indian history, and it all glimpse through his books, one of the books he wrote was ‘Discovery Of India’ that too he wrote in jail was the inspiration from the famous show ‘Bharat ek Khoj’ which gave a glance of Indian History until Independent India.

4. He was not in the safe zone as he suffered 4 assassination attempts. The first one was during partition in 1947, the second one was by a rickshaw-puller in 1955, the third one in Mumbai in 1956 and followed by the fourth one in 1961.

5. To our knowledge, Article 44 is written by him which forms the basis of secularism in India. He always wanted to make India an absolute secular nation by doing away with all and any religious norms.

6. Jawahar never wore the western attire and always donned Indian attire to support freedom struggle, the man was a huge advocate for Khadi. His personal tailor Mohammed Umer’s shop got burnt during the riots. Nehru helped him rebuild his shop again and that’s where the famous ‘Nehru Jackets’ were made.

Happy Children’s day to all… Till then stay tuned with us!