Disney Imagineering animatronics wizard Dr. Martin Buehler is a legend in the robotics world. His work leading development of the galloping Big Dog quadruped at Boston Dynamics both inspired and terrified a new generation of makers. But after playing in the worlds of fantasy and science fiction that consumers can’t buy, Buehler has been poached to work on something much more tangible. In fact, it’s edible. He’s joining burger-making robot startup Creator as VP of engineering.

“It was a great experience working on experimental validation [at Boston Dynamics]” Buehler tells me, “But one of the things I really value at Creator is the immediacy of real impact to real people. With burgers being such a big segment of the food market, we have the potential to touch millions of people.” Creator opened its first restaurant to the public in September, selling San Franciscans gourmet hamburgers at a surprisingly low $6 price tag by replacing a kitchen full of cooks with a massive, transparent robot.

Formerly known as Momentum Machines, Creator has raised over $24 million according to SEC filings. It hopes to make fast-food healthier, tastier, and cheaper by saving money on labor to replace preserved ingredients with premium, freshly cut beef, cheese, and veggies. Patrons can choose from several burger styles, and then get to watch their bun sliced and toasted as a conveyor belt slides it beneath dispensers for other fixins. Instead of cooking, the restaurant staff serves a concierge to customers while keeping the robot stocked.

Buehler also helped develop the world’s most popular robot: the Roomba. Now with his help, Creator could make the robot more efficient, flexible enough to handle more custom orders, and more delightful to watch…and Instagram. The whole restaurant industry is trying to become more shareable on social media with kitschy decor and plating. But the robot gives Creator natural virality by making the cooking process itself entertainment — like some futuristic Benihana. 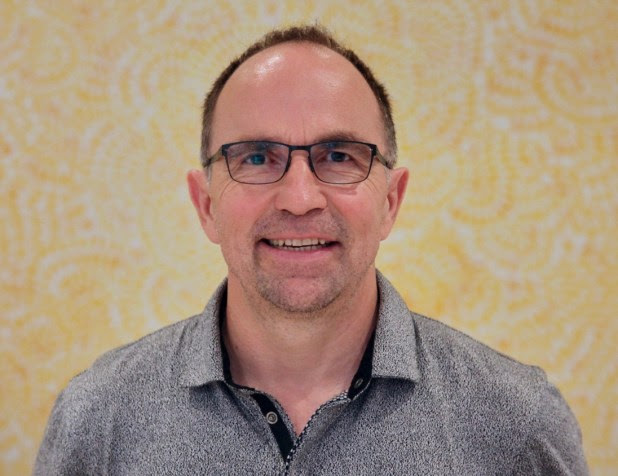 “At Disney I was in charge of robotics at Imagineering. We used advanced robotics and AI to bring walking and talking Disney characters to life so our guests who meet the characters on the silver screen first can meet and interact with them physically in the parks. What I really learned was to position technology as second fiddle to the guest experience” he tells me.

Buehler calls Creator “a stunning symphony of motion —  the visual experience supports the central culinary experience. The downfall of a lot of robotics companies is that they fall in love with the technology and they lose track of what it takes to deliver value to the customer.” Creator’s approach is working so far. The company claims to be hitting its revenue targets and have a higher net promoter score than fast-food favorite Chick-Fil-A. 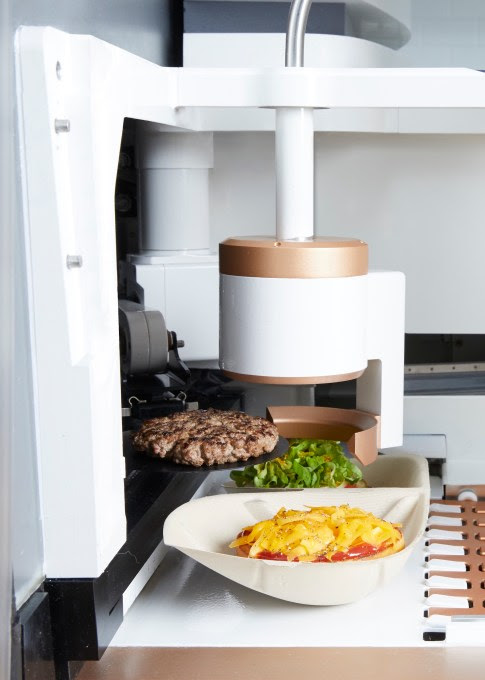 But the success of the company will depend on its ability to scale. Creator co-founder and CEO Alex Vardakostas reveals that “the next announcement is going to be more burger stores.” That means the Creator contraption can’t be a one-off art piece. “Right now the task at hand is to make the current robot scalalable — make it cost less and more reliable — so we can provide robots to many more restaurants” Buehler says. He’ll have help from fellow teammates who hail from Apple, Tesla, and NASA.

The concern, though, is that Creator could be the tip of the spear of automation decimating employment as food service workers are replaced by bots. Vardakostas grew up flipping burgers himself at his parents’ restaurant, and he believes machines can take care of the dirty and dangerous work that perhaps humans shouldn’t be doing in the first place. The company already pays its service workers $16 and hour, and offers ‘five percent time’ where they can take time to read or learn about the culinary arts. Eventually it hopes to retrain former fast-food cooks in robot maintenance to offer them a path get paid more.

“The basic mission of the founders is to build a company culture focused on learning and personal development. I like the aspect of the service of giving back” Buehler says. “All the team members get coaching to help them grow, not just technically but personally.”

In its pleasant restaurant, seemingly happy workers and its flashy robot team up to make some remarkably delicious burgers. With Buehler’s help, Creator could expand beyond the seemingly fictional world of Silicon Valley and pull people who care about food quality and flare away from McDonalds.