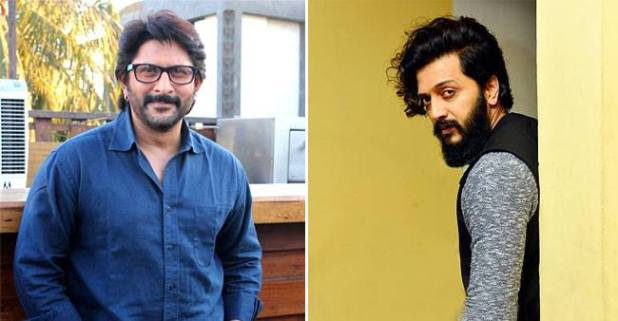 Bollywood world is all about Friday hit and flop. Every newcomer steps into this world to put his best effort but it’s not that easy to win myriads of hearts with a single movie. Very few have the capability and fortune with them. Many B-town stars tried their luck and hard work as a lead role but ultimately are doing the supporting roles in the movies now. We have a long list of those celebs who started their B-town journey as lead actors and actresses but now seen as supporting characters. With such ups and downs in their acting career, the actors have evolved enough to entertain us.

Take a look at the stars who as newcomers entered in the tinsel world and now do supporting roles.

The comic character and a very good dancer Arshad Warsi entered as a newcomer in 1996 with the movie ‘Tere Mere Sapne’ but got famous by the role of Circuit in Munna Bhai and also the actor is a part of hit comedy series ‘Golmaal’.

As Salman Khan, one of the most loved actors of Bollywood, his younger brother Sohail was compared to him. In 2002, the actor debuted with ‘Maine Dil Tujhko Diya’ which didn’t work well on the screens, and later he featured in many supporting roles.

Former Miss Universe Lara Dutta entered with a Dhamakedaar entry in Bollywood with Andaaz but later her acting career saw a dip and she started appearing in small scenes and roles.

Arjun entered the B-town with his debut movie ‘Pyaar Ishq Mohabbat’ and now we can see him in supporting roles in the movies like ‘Rock On’, ‘Om Shanti Om’ and ‘Housefull’.

The cute Riteish did his cameo with ‘Tujhe Meri Kasam’ but now gained much popularity in supporting roles in many movies.