Bollywood celebrities whose careers went different from the expectations 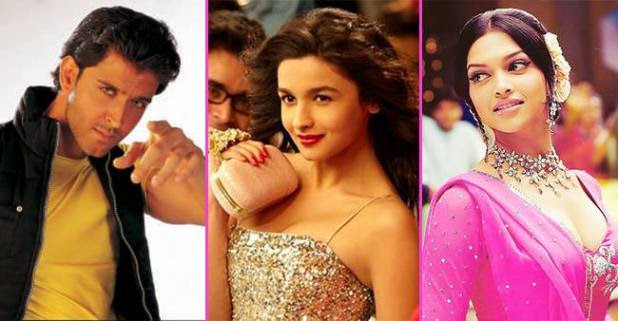 It’s a tough thing to survive in the industry. It’s a space where life can flip 360 degrees within a second. In the desire to make some space for themselves in the big industry many of the people get their steps towards success whereas many results in flocking to the big-bad-world in search of work. Being an industry person, the stars have to invent and re-invent themselves continuously.  The career graph of many stars go exactly as predicted from their debut but on the other hand, there are some stars that achieved something different from what people predicted about their debuts. Let’s know about some celebs whose careers were not as per the predictions.

The reigning actress of Bollywood made her debut in the cine world with her big Bollywood Break. Om Shanti Om. She was paired opposite Shah Rukh Khan in the movie. The movie was a hit and her career graph form Om Shanti Om to Padmavaat has never failed to surprise the audience as well as the critics till date. She has kept making her presence felt by doing a handful of blockbusters like Love Aaj Kal, Karthik Calling Karthik, Lafangey Parindey, Break Ke Baad, Arakshan and Cocktail. Nobody thought that the actress will reach such heights.

In less than a decade, the Bollywood actress Alia Bhatt’s career graph has only seen ups. She made her Debut with Student Of The Year. People expected her to be another pretty mainstream actress who would continue to be the token glam doll. But to a surprise, Alia amazed everyone with her choice of second film, Highway, that went hit and created a lot of business.

Kaho Naa Pyaar Hai marked the entry of Hrithik Roshan in Bollywood. It was one of the best debuts with the Filmfare Award for best actor for the same film. The movie made him a star overnight. Soon he made his place as one of the biggest stars of the Bollywood.

Siddharth Malhotra made her starry debut with Student of The Year. Interestingly his handsome looks and personality garnered a lot fan following.  For now, Bollywood is going through a lot of changes which made an increasing number of flops for him.

First, Illeana made her debut in South Indian Cinema and then made her debut with Anurag Basu’s Barfi which was a flop.  People predicted that the actress is full of potential and will give a great performance. But somehow after Barfi, her career had a huge downfall. Most of her movies show her as a glam doll with much no scope left for her in the future.

Share your views with us on the same in the comments section.