Birthday Special: The Reason Behind calling Bappi Lahiri as the Gold Man of India 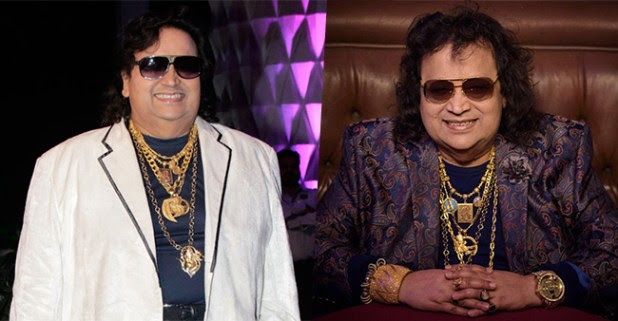 Famous Veteran music composer Bappi Lahiri is also known as the Gold-man of India. He is just in love with his gold ornaments. Today the actor has turned 65 years old. In 2009, he also appeared in a TV commercial for a soft drink as the golden man of India. He popularised the use of synthesized disco music in Indian Cinema and sang some of his own composition. He feels that gold is luck for him.

Lahiri believes in moving on and recently he has up to all of his gold ornaments to embrace the new age metal, Luminex Uno. He said, “this new age metal Luminex Uno0-made up of gold, platinum, and silver are excellent. I have never endorsed any brand, but this time, I am definitely endorsing this new age metal.”

The famous singer is always seen sporting flashy chains and many other gold ornaments and it has come to notice that somehow he is connected to American rock star Elvis Presley.

According to a source when asked about the reason behind wearing gold, Bappi Lahiri said, “In Hollywood, famous singer Elvis Presley used to wear gold chains. I was a huge follower of Presley. I used to think, if become successful someday, then I will build a different image of mine. By the grace of God, I could do it with gold. Earlier people used to think, it is just a way to show off. But it is not so. Gold is lucky for me.”

Lahiri is always seen wearing a trademark locket of Lord Ganesha which always dangles from his neck besides a number of other gold chains and bracelets.

He is still popular for his film soundtracks in the 1980s and 1990s  such as Wardat, Disco Dancer, Namak Halaal, Dance Dance, Commando, Gang Leader, Sailaab and Sharaabhi among others. He is still a sensation in today’s youth.

The veteran singer also holds the Guinness Book of World Records for recording over 180 songs for 33 films in 1986.