Bhaiaji Superhit is something new on my plate says Preity Zinta 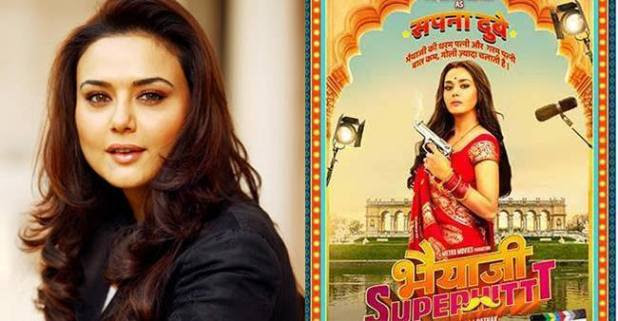 Ever since becoming a liril girl, Preity Zinta, who was born to own a big spot in the entertainment world, had gone away from the films after moving to the cricket business. This week’s her new comedy Bhaiyaji Superhit is being released, and for the first time in this film, she will be seen as a dreamy bhojpuri wife. Recently, Preity had come to the Big Boss platform in connection with the promotion of the upcoming movie and she had tons of fun with Salman. Here’s Preity Zinta’s take on her new film, IPL and what’s more to her…

Preity said, “I am very excited about the movie, Bhaiyyaji Superhit. For the first time, I have got a role where I wear sarees and sindoor, and will be seen as a typical wife like in Uttar Pradesh. It was also nice and strange because sometimes during the shoot when I went to take a look in the mirror, I was shocked. Whenever I played Indian characters in films, I played more Muslim characters. This was new!”

She also said, “Whenever I become a wife, I will die..For eg. In Dil ne jise apna kaha. I die as soon as I get married. As soon as a Koi Mil Gaya released and Krish came – I had a child in it and I died. Neeraj Pathak has written the character of Sapna Dubey in this film, which has so many colors. The best part is that my character in this film has flunked in 12th standard but loves speaking in english. Her mind is always in doubt but has a heart of gold. In the entire movie, I have only worn saris and only Banarsi – The director of the film Neeraj Pathak had decided that Banarasi saris will be the only costume to be worn in the film by my character. The motive here was that the art of Benaras is slowly disappearing to be brought back to the mainstream.” 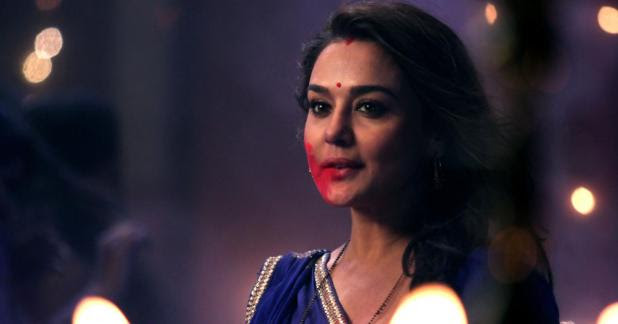 From the very beginning, I have been part of some very special movies in my career such as KYA KEHNA, my first film and before that I had two off-beat movies which are close to my heart. I have never done more than two or three films together. Ten years ago I decided that I wanted to make a move to the cricket business and I did. Now that it’s settled, I have time and now I want to do films again.”

Published by Harmisha Chauhan on 22 Nov 2018