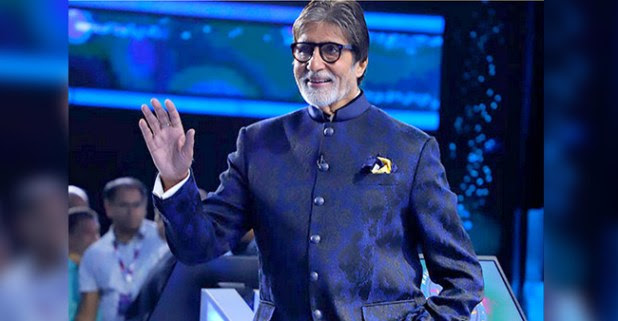 Big B has finally finished the shooting for Kaun Banega Crorepati 10 grand finale. KBC is one of the most famous quiz show in India. On Monday morning, he made the announcement that he has finished shooting for KBC grand finale. This season was commenced on 3 September 2018 and now has come to an end. The show also gave us a one crore winner, Binita Jain from Assam.

The megastar took it to Twitter and wrote,” KBC finale done. End of this season. It is 10 seasons of KBC… its 18 years of KBC from the year 2000. For me 716 episodes of KBC, 855 hours over 9 seasons additionally about 3-4 hours of work over each episode and another 4-5 hours of prep on each episode.”

In the grand finale episode of KBC, the Megastar will be accompanied by Kapil Sharma. The episode will be featuring Ravi Kalra, Founder of The Earth Saviours Foundation. The finale is going be full of fun and joy as the comedy king Kapil will make us laugh aloud.

As per the information was given by Amitabh to IANS, “I think meeting the contestants and knowing their story is really special. that is how we develop a personal bond with the common people. I feel happy when the participants win a good amount of money because we really want them to win as much money as possible. That really is a rewarding experience.”

The show has earned a good TRP and the overall ratings of Sony Entertainment Television are also great. A lot of work and effort is being put for each episode of the hit show. It has kept the audience entertained for quite a while now. Several celebs have been a part of the show. Many times KBC has beaten TRP’s of Bigg Boss 12.

We can surely say that the finale will be full of laughter as on one side we have the Megastar Amitabh Bachchan and on the other, we have our comedy star, Kapil Sharma.