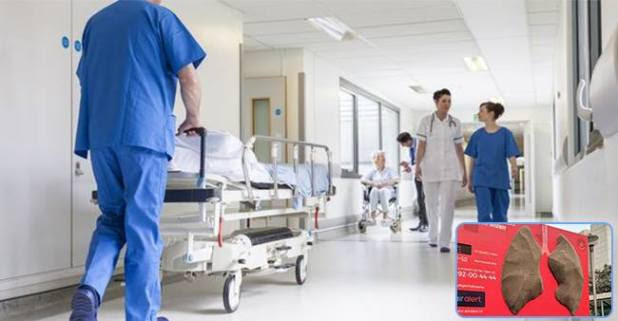 The air quality of the national capital reached at a hazardous level. A thick blanket of fog and smog also shrouded the city on Friday. The AQI(Air Quality Index) in the city has been rapidly deteriorating over the past two weeks. Situations became worse when on Wednesday evening.

The Air Quality Index (AQI) in the National Capital Region has been rapidly deteriorating over the past two weeks. Things came to a head on Wednesday evening, when Delhiites flouted the Supreme Court ruling and freely burst crackers well beyond the permitted hours of 8-10pm on Diwali.

A group of concerned individuals came together to just show how badly the lungs are affected due to toxic air. They installed a giant pair of lungs in front of the busy Shri Ganga Ram Hospital in Rajender Nagar. The initiative was taken by Jhatkaa.org, a Bengaluru-based non-profit organization, in collaboration with local environmental NGOs, Help Delhi Breathe and Lung Care Foundation.

They thought that the lungs will turn out dark in a month but to their surprise, the lungs turned out black in a span off just 6 days. Speaking to News 18., Arvind Kumar, one of the organizers said, “It would take at least a month and a half for the lungs to get dark. But the lungs change the color in just 24 hours. On Day 6, the lungs have become completely black.”

According to SAFAR (System of Air Quality Weather Forecasting and Research), the overall Air Quality Index of Delhi on Friday was recorded at 428, which falls under the hazardous category.

The conditions got worse in Delhi as people went irresponsible by going against the supreme court’s orders and burnt crackers fearlessly.