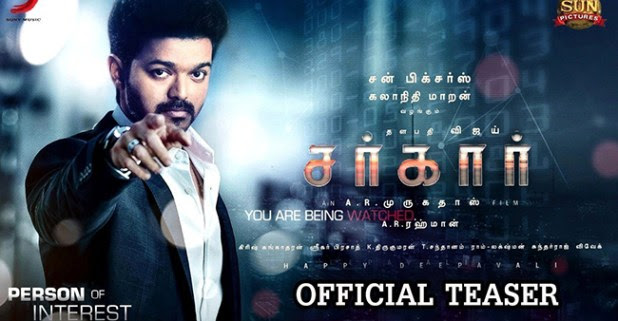 Today the teaser of South’s movie Sarkar got released which stars Vijay in lead role. It is an upcoming Indian film starring Vijay, Keerthy Suresh, Varalaxmi Sarathkumar, Yogi Babu and Radha Ravi. The film is directed by A. R. Murugadoss, co-written by Jeyamohan with music composed by A. R. Rahman, cinematography by Girish Gangadharan, edited by Sreekar Prasad and produced by Kalanithi Maran under the banner Sun Pictures.

Look what he has done again, 6M+ views in less than 2hrs! Simply ruling the Internet and Media with a TEASER, He’s none other than the real KING of KOLLYWOOD! Idhan NAMMA SARKAR!

Within one hour the teaser of Sarkar reached about 1 million views on YouTube. It has received a great response from his fans and no doubt Vijay enjoys a huge fan following.

#SarkarTeaser record is unstoppable. Here’s a glimpse of various records it has set. #SarkarTeaserDay pic.twitter.com/zd25MU9hgl

According to trade analysts, Haricharan Pudipeddi, the teaser has broken many records and it turned out to be the fastest film teaser to touch the one million trail. And in a few hours, it reached ten million views which are still trending on social media platform, Twitter.

According to India Today, the film is about a corporate shark, who gets involved in Tamil Nadu politics. It seems as if the film will take a dig at the political scenario of Tamil Nadu.

This movie will hit the theatres on Diwali.