Varun Dhawan on his career: This year people have talked about my performances 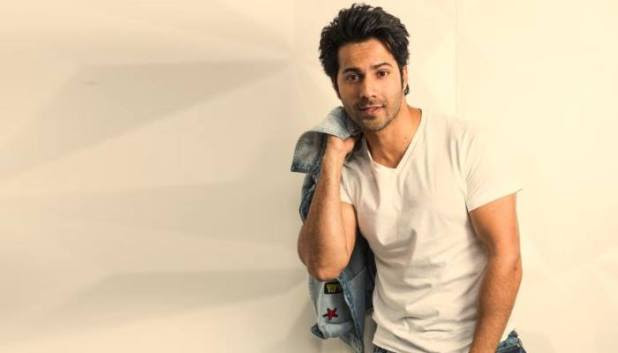 Since the debut of Varun Dhawan in 2012 in Karan Johar’s Student of The Year which was a super hit movie, he never looked back and has given many other hits like Main Tera Hero, Humpty Sharma Ki Dulhania, Dishoom and Judwaa 2, Badlapur, ABCD 2, October, to Bollywood. Till now, Varun holds ‘no single flop’ record and is a successful and bankable actor in the Hindi film industry. He enjoys a huge fan following 15.4 million on the social media. His latest flick Sui Dhaaga: Made In India Anushka Sharma is the recent example of his success which earned 67.35 crores till its 9th day. Well, the man is here to rule.

Everyone is talking about Varun that how effortlessly he is becoming a great actor with every movie. As reported by IANS, at an event, the handsome actor talked about his career. Varun said, “I don’t know how to react when people talk about my work. My career has been bit funny until now.” He added, “They would say he is there because of his body. Now, I have entered the sixth year of my career, and this year, people have talked about my performances. So, it is very encouraging for me.”

Varun further stated, “I always felt that I am a good actor, but I think it took some time for people to realize that. I am genuinely thankful to the audience because that’s what matters to me”. Right now, the actor is busy with Abhishek Varman directorial period drama titled Kalank which also stars Alia Bhatt, Madhuri Dixit, Sanjay Dutt, Sonakshi Sinha and Aditya Roy Kapur.

A few days back, reports suggest that Varun Dhawan is going to have a cameo in Bharat which left everyone more excited. However, it hasn’t been clear whether Varun will be a part of a song or will play a role in the film. B’town knows, Varun and Salman share a great rapport as Varun’s dad and director helmed many movies of Salman. During the promotions of Judwaa 2, Salman Khan supported Varun Dhawan. and made an appearance in one of the songs in the film. Varun Dhawan and Katrina Kaif are also teaming up for Remo D’Souza’s dance film. Soon they will start shooting for the same.