Shares of Stitch Fix plunged more than 20 percent in after-hours trading on Monday following the release of a tepid fourth-quarter earnings report.

The online retailer and personal styling service’s adjusted earnings exceeded analyst expectations, but its revenue and active users fell short of estimates. In the quarter ending July 28, Stitch Fix reported a net income of $18.3 million, or 18 cents per share, up from analyst’s 4 cents per share estimate. Its reported net revenue of $318.3 million, a 23 percent year-over-year increase, failed to meet analyst expectations of $318.6 million.

The San Francisco-based company’s user base grew 25 percent YoY, to 2.7 million, another disappointment to Wall Street, which was looking for more than 2.8 million.

Stitch Fix, which has a market cap of nearly $4.4 billion, also reported fiscal year 2018 earnings. In its first year as a public company, Stitch Fix had $1.2 billion in net revenue, $44.9 million in net income and an adjusted EBITDA of $53.6 million. 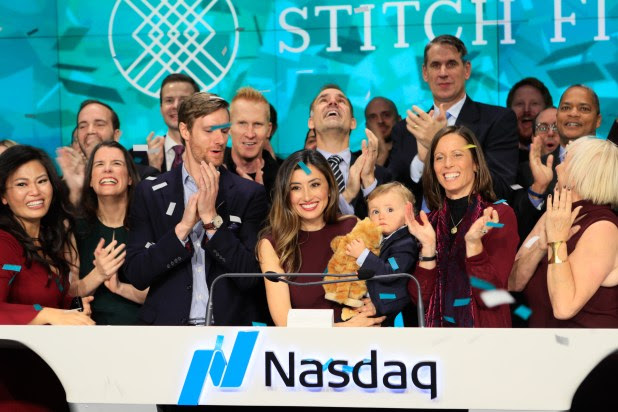 Founder Katrina Lake took the company public on the Nasdaq in November 2017 in a highly anticipated consumer IPO. The company raised $120 million in the process, selling 8 million shares after making a last-minute decision to downsize its offering ahead of its first day of trading.

Following the release of its first-ever earnings report in December, shares of Stitch Fix similarly took a huge hit, plunging down 10 percent on the news.

The company usually finds its footing and, overall, its stock has continued to climb since its IPO. Stitch Fix had its best day yet on September 18 when its stock was valued at $52.44 apiece, up from the initial price of $15 apiece.

“We believe our ability to create a uniquely personalized shopping experience is something that will resonate with consumers and brands outside of the U.S.,” Lake said in a statement.