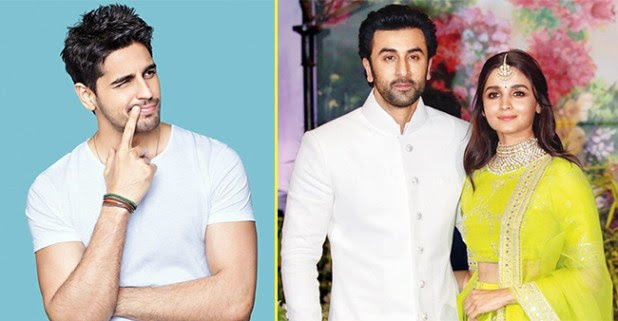 Alia Bhatt and Sidharth Malhotra’s, the ex-lovebirds parted their ways last year and even their break-up was not an on good amicable term. As per the reports, they have not even come together for discussing their project let alone singing one which shows how much of unlikeness they have towards each other, as the couple after break-up didn’t seem even on speaking terms. In this worse situation what will happen if the duo somehow coincidentally bump into each other.

We all know that Karan Johar has thrown a bash at JW Marriott, which had the who’s who of the glamour world besides the cast in attendance on the 20 years completion of his legendary movie Kuch Kuch Hota Hai and being Karan’s student, Sidharth Malhotra too joined him at the celebration party.

The commemoration of the bash was made eventually larger with the presence of Varun Dhawan, Janhvi Kapoor, and Ishaan Khatter, but the time Sidharth enter he came across Hiroo Johar at the red carpet and wished him all warm wishes and further Sidharth said to him that he will only stay back until the speech is over after that he has to attend his few left commitments.

As Sidharth stepped into the main hall where the function was going on, he asked his team about the guest list and they took few of the celebs names. Moreover, he didn’t get any information about the couple was looking for, Well I guess you know it?

They were none other than the smashing love birds of the Tinsel town Alia Bhatt and Ranbir Kapoor and the student of the year actor finally reached to Karan Johar and asked him if the two were coming for the party to which the filmmaker said , they are currently in New York, hearing this the actor’s state of mind changed and he stayed at the party and even hit the after party bash.