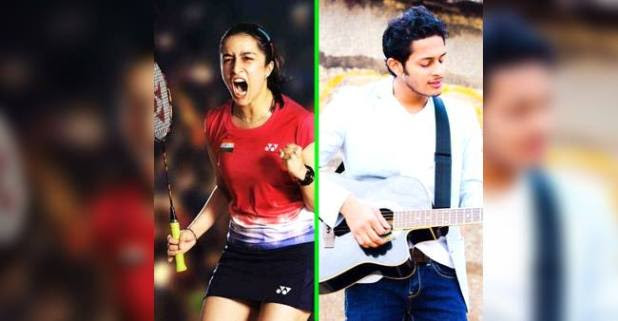 Saina Nehwal biopic is the most awaited movie of Shraddha Kapoor, as the shooting was paused because the Aashiqui girl was down with some illness. The first look of the movie was really impressive as Shraddha managed to look alike Saina and was quite impersonating like her.

We brought you every glimpse of the movie, as the shooting got started in the last month keeping the first look candid and simple relating to the subject of the movie, it impressed everyone as Shradhha looked exactly like Saina, later it was heard that Shraddha is unwell which eventually halted the shooting of the movie, which made her fans sad as we all got excited about her biopic, before the news of her unwellness, she managed to take shot portions of a romantic song opposite to none other than real-life badminton player and musician Eshan Naqvi.

One of the sources of Mumbai Mirror stated, “Shraddha and Eshan started off shooting for a romantic song composed by Amaal Mallik and choreographed by Vijay Ganguly. The team has been on a short break after she was diagnosed with dengue. They are expected to resume shoot soon and wrap up the song after which they will also start on their scenes.”

The director of the movie Amole Gupte was founding someone who can do justice with the lead role and as per his expectation, he found Eshan, who has convinced him enough to play the lead actor role in the movie. The man has also been coaching Shraddha as part of the preparation for the film and thus he made his way to convince the director to cast him for the lead actor.

Reportedly it’s been said, “Badminton scenes will be shot next year as Shraddha needs time to ace her shuttling skills., even earlier Saina had revealed that she will get hitched up to badminton player Parupalli Kashyap on December 16. It would really be very exciting to see Shraddha and Eshan playing the role on screen.”

Tell us the level of your excitement in our comment section below.