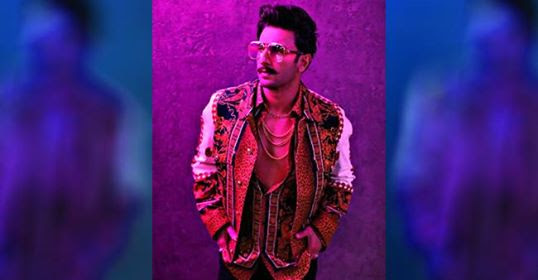 Ranveer Singh’s wedding is drawing close and we are providing ever next news and stories of them. Recently, Ranveer graced KJo’s show with Khiladi Akshay Kumar and there, he spilled beans on several things. We know his openness and honesty, so during the rapid round of the talk show, he was asked that he ever had any improper thoughts during the narration of the movie. The actor frankly gave the answer without rethinking about what he is answering.

He spoke openly on the show and said, “When Karan was narrating Takht, I got a fulleshwari when that Hira Bai and Aurangzeb scene happens.”

On this, blushing Karan said that Ranveer, who will be playing Dara Shikoh, the eldest son of Mughal emperor Shah Jahan, in the historical drama, which was not even the part of the movie.

In one of the interviews with IANS, Ranveer had said that he is really excited to work with such a filmmaker, he said, “We’ve been wanting to collaborate for a long time and it’s finally happening and it’s happening in the best and biggest way possible.”

Karan has also described in an interview about Takht The K3G of the Mughal era, only more extreme. The movie is a story describing ambition, love, greed, succession, and vanity.

Produced by Hiroo Yash Johar and Apoorva Mehta, Takht is slated to hit the theatres in 2020. Takht has an ensemble star cast that features Kareena Kapoor Khan, Janhvi Kapoor, Alia Bhatt, Bhumi Pednekar, Vicky Kaushal and Anil Kapoor in pivotal roles. Ranveer will romance Janhvi in the film, while Vicky will be paired opposite Alia, as per the reports.