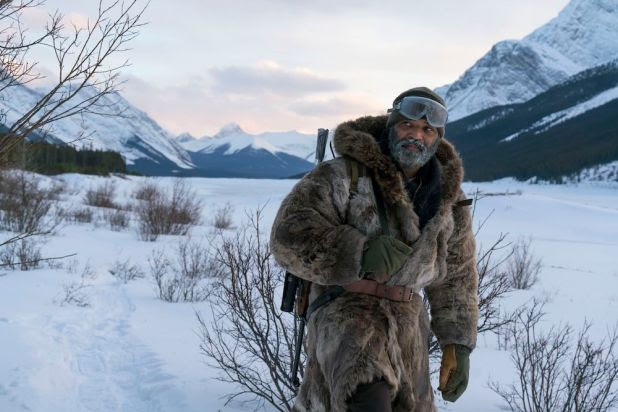 “Hold the Dark” tells the story of Russell Core (played by Jeffrey Wright), a wolf expert who arrives in the Alaskan village of Keelut to investigate the disappearance of a young boy.

At least, that’s how the Netflix Original movie begins. On this week’s episode of the Original Content podcast, your regular hosts are joined by Devin Coldewey to try to untangle what actually happens in the movie.

Without spoiling anything, it’s probably safe to say that “Hold the Dark” goes in some surprising directions — it starts weird and gets weirder (and much more violent), as you can see from our iMessage correspondence below. 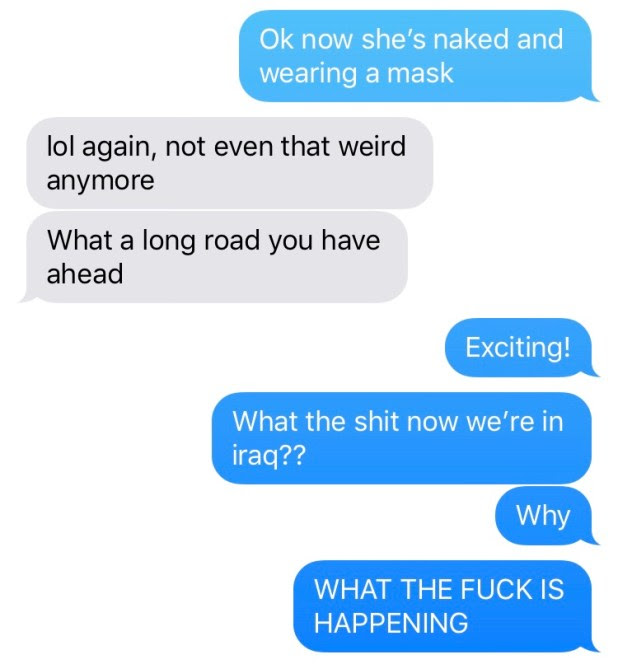 There’s a talented team at work here — the movie was directed by Jeremy Saulnier (“Green Room”), and in addition to Wright, it stars Alexander Skarsgard, James Badge Dale and Riley Keogh. There’s no denying that it’s a gorgeous film, filled with stunning images of the Alaskan wilderness. In the end, though, we weren’t convinced that the wolf-y symbolism and copious bloodshed added up to much of a story.

Also, instead of recapping the latest streaming headlines like the usual, Jordan takes a few minutes at the start of the episode to express her admiration for “I Love You, America,” the Sarah Silverman-hosted talk show that recently began its second season on Hulu.

You can listen in the player below, subscribe using Apple Podcasts or find us in your podcast player of choice. If you like the show, please let us know by leaving a review on Apple. You also can send us feedback directly. (Or suggest shows and movies for us to review!)