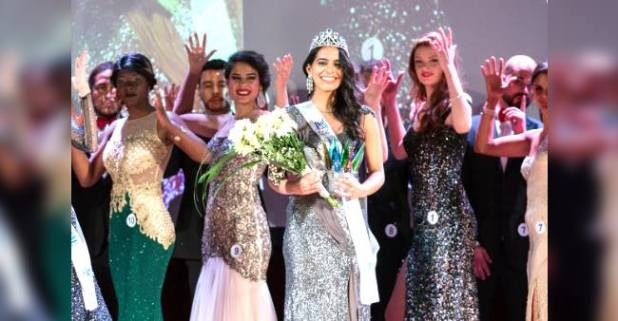 Nistha Dudeja, a girl from Haryana has won the title of Miss Deaf Asia 2018 at an International pageant that was held recently in Prague, Czech Republic. She is the first Indian to secure that title at the Miss Deaf World Pageant. Despite her disability, the girl proved that she is full of dedication and nothing can come in her way of success.

What a moment! It was overwhelming. It’s certainly something I will cherish forever! It was an amazing night. For d first time, India won any crown at Miss and Mister Deaf World pageant. I’m happy that I won dis crown for India.#NishthaDudeja #MissDeafAsia2018 #MissDeafIndia2018 pic.twitter.com/tn6txUSpWR

Nishtha faced a tough competition. She achieved this victory against the contestants from China, Thailand, Taiwan, Israel, Czech Republic, Belarus, Mexico, South Africa, and other countries at the 18th edition of Miss and Mister Deaf World- Europe- Asia Beauty Pageant.

Nishtha, 23-yr old belongs from Haryana’s industrial city of Panipat which is 85 km away from New Delhi. She was born deaf but this thought never came in her mind while achieving her dreams. She never thought that she is differently-abled and chose the path to fulfill her dreams.

The beauty from Haryana’s industrial city of Panipat, around 85 km from New Delhi, who was born deaf did not think of herself being differently-abled and chose to take her chance in the field of beauty.

Thank you #INDIA! On winning #MissDeafAsia2018, I want to convey that the differently abled people don’t need sympathy or pity. All they need are opportunities to prove themselves.
Jai Hind!

When Nishtha returned to India she told, ” I want to thank my parents for their consistent support who were always there to help me. Now I want to help deprived people even at the cost of my comfort. I believe that the differently based abled people don’t need to pity. They only deserve equal opportunities to prove themselves.”

Nishtha is also a Brand Ambassador for one of the leading brand Sivantos India Pvt. Ltd. for hearing aids. Since her school days, she was a bright student. She was always into extracurricular activities with the motive to learn something new in life. At the age of seven, she started learning judo and also participated in various national and International events.

Apart from excelling in school and judo, the diva is also an accomplished tennis player. She has also participated in Deaflympics  2013 (held in Sofia, Bulgaria), World Deaf Tennis Championship 2015 (held in Nottingham, UK) and Deaflympics 2017 (held in Samsun, Turkey).

It is an immensely proud moment for India to win such a prestigious title. The girl has set an example that a disability is not a roadblock towards success. She took it to Twitter to announce the news and express her happiness.