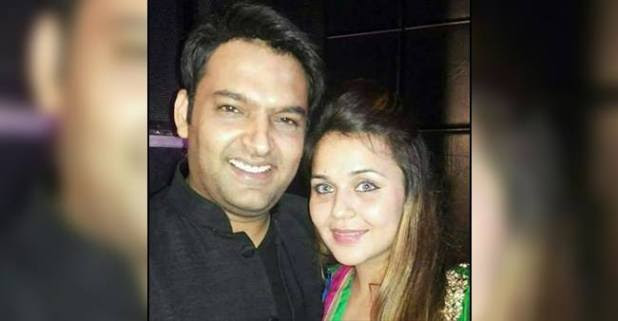 Ace comedian Kapil Sharma is in his happy place right after all the chaos happened in the past year. Kapil will soon be back with his comedy show The Kapil Sharma Show on Sony TV and he is all happy about it announcing on his Twitter handle. Not only professionally, but his life is also full blossomed personally as he is all set to tie the nuptial knot with his longtime girlfriend, Ginni Chatrath. Amid all the speculations, Kapil himself confirmed his imminent wedding to a leading daily IANS.

Will not say she is my better half .. she completes me .. love u ginni .. please welcome her .. I love her so much:) pic.twitter.com/IqB6VKauM5

Earlier, Kapil talked about his wedding with IANS and was quoted as saying, “My mother has been saying that I should get married for a long time. Suddenly I realised that ‘abhi age ho rahi hai’ (I am getting on in age). So, I thought what if she says ‘no’ and after one or two years, no one agrees to get married to me.” For the uninitiated, Kapil took to his official Twitter handle to introduce the love of his life, Ginni Chatrath. He shared a lovely picture with Ginni and captioned it as, “Will not say she is my better half. She completes me. Love u, Ginni, please welcome her. I love her so much”.

Now he has revealed some his wedding details with IANS and revealed, “The wedding is on December 12 in Jalandhar. That’s Ginni’s hometown. We wanted to keep it low key. But Ginni is the only daughter in her family. Her folks wanted the wedding to be on a lavish scale. And I completely understand their sentiments. My mother also wants the wedding to be lavish”.

Recalling his his brother’s wedding and how the wedding took place, Kapil remarked, “During the time when my brother married, I had not started earning well. We just went as a small baraat (wedding procession) and got bhabhi (sister-in-law) home. But by the time my sister got married, I had begun to earn well. So, we had a fairly large wedding. It was lavish by our standards”.

He went on talking and retorted, “For the past few weeks, I’ve been promoting my Punjabi film. I didn’t want to talk about the wedding during the promotions, although the media repeatedly kept asking.” Talking about the chaos happened in his life and now if he is happy, he gushed, “Of course I am. But more than me, the happiness that I see on my mother’s face is what makes it special.”

It is also reported that soon to be husband and wife will host a reception on December 14, 2018.

Earlier, a source was quoted as saying, “While December 12 is the wedding date, for now, Kapil and his family want to zero in on the most auspicious date. The family has already started prepping up for the big fat Punjabi wedding which will happen in his hometown. Kapil is in Mumbai but has been keeping in touch and personally looking into the preparations. His show is also supposed to go on floors soon. So, he has quite a lot in his kitty for now”.

Earlier in 2017, Kapil said, “Yes, I am getting married to Ginni and she is the love of my life. I have known her for 10 years since my college days in Jalandhar. I used to go to her college to do stand-up comedy. I fell in love with her first, then my mother fell in love with her and that’s when I felt I should make it official. She not only completes me but is my better half”.

Well, we wish Kapil and Ginni best regards and congratulations!