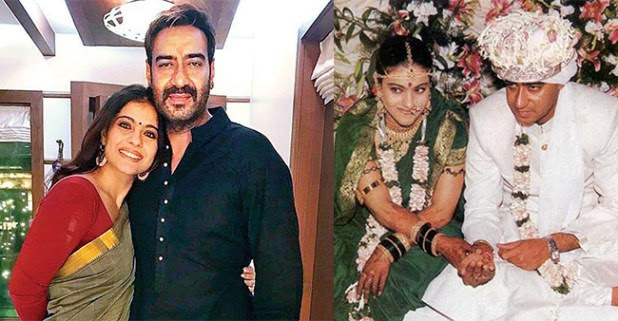 Last weekend, actress Kajol’s movie ‘Helicopter Eela’ got released but it failed to impress the critics as well the audience. It didn’t even perform well at the box office. Recently, she appeared on the Neha Dhupia’s popular chat show ‘No Filter Neha’ in the second episode. Kajol whose film Kuch Kuch Hota Hai completes 20 years today gets candid about her marriage with Ajay Devgn, her kids not liking her films and also talked about her close friend and filmmaker Karan Johar’s mini heart attack moment.

Further, she added, “We have survived because both of us have worked through it together and we have two kids. It’s almost like we have become like one person who has these two children like their arms”.

Actors Kajol and Ajay tie their knot on February 24, 1999. In Bollywood, they were tagged as the most unusual couple of Bollywood as Ajay was shy and Kajol is a fun loving and outgoing person. They have two kids, Nysa and Yug Devgn.

So Kajol’s kids don’t like her movies and also don’t like Kajol crying in the movie, “Both my children don’t like my movies. They don’t watch my movies. According to them, I cry too much in my films and I don’t do happy films so hence and therefore I should do more films like Golmaal”.

Calling her 15 years old girl Nysa, her critic Kajol revealed, “According to her (Nysa), there are very few things I look good in. Her taste is very classic so anything that is a little quirky or the things that I like – is a little quirky or a little loud. She is like why can’t you watch this film quietly or why can’t you enjoy this film quietly, why do you have to cry, scream, clap or laugh”.

What do you guys think about the same?