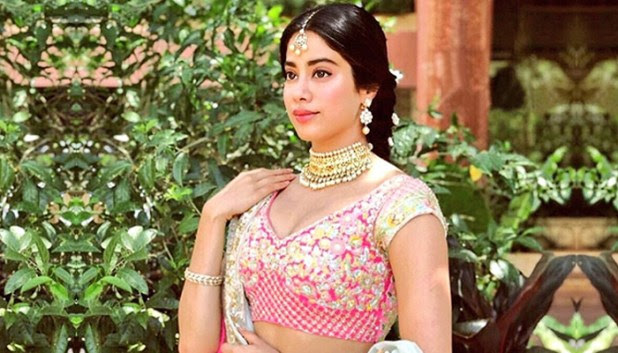 Being a star kid, Janhvi Kapoor is used to all the glamour from a very young age. She is currently riding high with the success of her recent release ‘Dhadak’ co-starring Ishaan Khattar. The film has been appreciated a lot by the audience.

Recently she revealed about her dream destination where she wants to get married. During the interview for same, Janhvi talked about the place where she would want to marry. “I remember when I went to Florence, which was a few years ago, I said that I want to get married there. It’s still Florence.”

That’s sounds interesting, isn’t? Revealing some more details of her dreamy wedding, she said, “I want to get married in a Kanjeevaram sari with all gold zari.”

The Bollywood actress is also known for setting major fashion goals. She has been the fashion sensation. She is also featured on the cover page of Brides Today where she was posing with the famous fashion designer Manish Malhotra. On the cover of the magazine, Janhvi is wearing a gold-embroidered lehenga with a dramatic choli accented with luxurious faux fur sleeves, while Manish is wearing a well-tailored all-black formal. She was looking stunning in the glamorous outfit by Manish Malhotra.

She has bagged another big project under Karan Johar’s home banner Dharma Productions. Janhvi will be seen in multi-starrer flick Takht where reportedly she will be romancing Ranveer Singh. It will be her second movie after ‘Dhadak’. She will be  seen sharing screen space with Alia Bhatt, Ranveer Singh, Kareena Kapoor Khan, Vicky Kaushal, Bhumi Pednekar and Anil Kapoor. It is believed that the movie will hit the box office in 2020.

So folks, how excited are you to see Janhvi walking down the aisle in a bridal avatar? Tell us in comments.