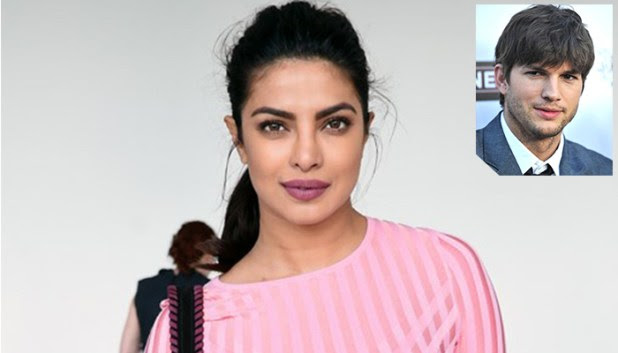 Bollywood actress Priyanka Chopra reveals that it is Hollywood actor Ashton Kutcher, who inspired her to invest in a tech start-up. He captioned: “Invest in the future you want to see!”

To which, Priyanka replied: “You clearly inspired us Ashton Kutcher.”

She also uploaded a picture on her Instagram of an article in New York Times about her investment in tech industries and the world is going crazy knowing about this.

According to The New York Times in her first project as a start-up investor, Priyanka recently toured the San Francisco home of her new portfolio company – the school which uses projects and group learning instead of more traditional courses, to teach software development.

The actress investment in Holberton is part of an $8.2 million round of funding for Holberton that closed in April. Priyanka also revealed that she has not yet decided on the amount of money she should set aside for such investments and on the number of firms she would like to invest. She just revealed that she would gradually build up her portfolio. She will join the company’s board of advisers and will emphasize support for Holberton’s mission to educate people from underprivileged backgrounds.

Despite her hectic schedule she is spending up time and discussing work and other things with the start-up founders. Priyanka said:

“I don’t want to just be one of those people who’s like, ‘Yeah, I want to be on the tech bandwagon — how are they making so much money?’ It’s not about that.”

Priyanka has also put in money in the dating app Bumble which is founded by Whitney Wolfe Herd. She wants to promote and assist in the launch of Bumble in India in the coming months.

Her manager Anjula Acharia gave her tips about investment. She introduced Anjula Acharia as a founder and angel investor who spent time as an entrepreneur-in-residence and partner at Trinity Ventures, a Silicon Valley venture capital firm. They both are working together since 2010.