When Brazilian-born Henrique Dubugras and Pedro Franceschi met at 16 years old, they bonded over a love of coding and mutual frustrations with their strict mothers, who didn’t understand their Mark Zuckerberg-esque ambitions.

To be fair, their moms’ fear of their hacking habits only escalated after their pre-teen sons received legal notices of patent infringements in the mail. A legal threat from Apple, which Franceschi received after discovering the first jailbreak to the iPhone, is enough to warrant a grounding, at the very least.

Their parents implored them to quit the hacking and stop messing around online.

Today, the now 22-year-olds are announcing a $125 million Series C for their second successful payments business, called Brex, at a $1.1 billion valuation. Greenoaks Capital, DST Global and IVP led the round, which brings their total raised to date to about $200 million.

“Brex is off to one of the most exciting starts we’ve ever seen,” IVP’s Somesh Dash said in a statement.

The financing makes them some of the youngest unicorn founders in history and puts them in a rare class of startups that have galloped into unicorn territory at such a fast clip. Brex was founded in the winter of 2017. It only launched publicly in June 2018.

How’d they do it?

At 14, when most of us were worrying about what the first year of high school would bring us, Dubugras was more concerned about what his next business attempt would be. He had already built a successful online game but was forced to shut it down after receiving those patent infringement notices.

Naturally, he used the cash he earned from the game to start a company — an education startup meant to help Brazilian students apply to American schools. He himself was hoping to get into Stanford and had learned quickly how little Brazilian students understood of the U.S. college application process. 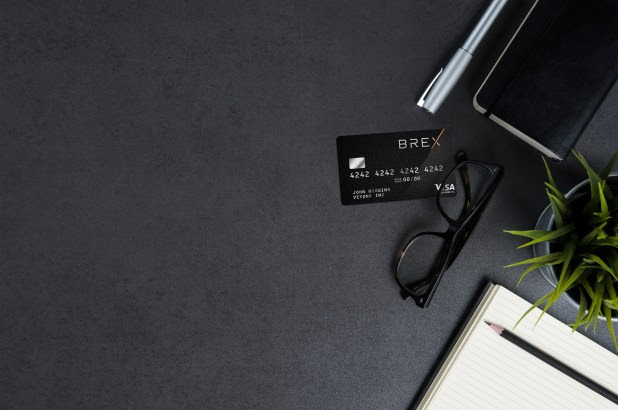 In some respects, the company was a success. It garnered 800,000 users but failed to make any money. His small fortune wasn’t enough to scale the business.

“There aren’t a lot of VCs in Brazil that are willing to fund 15-year-olds,” Dubugras told TechCrunch.

Shortly after folding the edtech, he met Franceschi, a Brazilian teen from Rio — Dubugras is from São Paulo — who understood his appetite for innovation and was just as hungry for success. The pair got to talking and because of Franceschi’s interest in payments, they started Pagar.me, the “Stripe of Brazil.”

Pagar.me raised $30 million, amassed a staff of 100 and was processing up to $1.5 billion in transactions when it sold. Finally, they had a real success under their belt. Now it was time to relocate.

“We wanted to come to Silicon Valley to build stuff because everything here seemed so big and so cool,” Dubugras said.

And come to Silicon Valley they did. In the fall of 2016, the pair enrolled at Stanford. Shortly after that, they entered Y Combinator with big dreams for a virtual reality startup called Beyond.

“I think three weeks in we gave it up,” Dubugras said. “We realized we aren’t the right founders to start this business.”

He credits Y Combinator with helping him realize what they were good at — payments.

As founders themselves, Dubugras and Franceschi were hyper-aware of a huge problem entrepreneurs face: access to credit. Big banks see small businesses as a risk they aren’t willing to take, so founders are often left at a dead-end. Dubugras and Franceschi not only had a big network of startup entrepreneurs in their Rolodex, but they had the fintech acumen necessary to build a credit card business designed specifically for founders.

So, they scrapped Beyond and in April 2017, Brex was born. The startup picked up momentum quickly, so much so that the pair decided to drop out of Stanford and pursue the business full time.

Brex doesn’t require any kind of personal guarantee or security deposit and it doesn’t use third-party legacy technology; its software platform is built from scratch.

It simplifies a lot of the frustrating parts of corporate expenses by providing companies with a consolidated look at their spending. At the end of each month, for example, a CEO can easily see how much the entire company spent on Uber or Amazon.

Plus, Brex can give entrepreneurs a credit limit that’s as much as 10 times higher than what they’d receive elsewhere and they can issue cards, virtual cards at least, moments after the online application is complete.

“We have a very similar effect of what Stripe had in the beginning, but much faster because Silicon Valley companies are very good at spending money but making money is harder,” Dubugras explained.

As part of their funding announcement, Brex said it will launch a rewards program built with the needs and spending patterns of founders in mind. Beyond that, they plan to use the capital to hire engineers and figure out how to grow the business’s client base beyond only tech startups.

“We want to dominate corporate credit cards,” Dubugras said. “We want every single company in the world, whenever they do businesses expenses, to do it on a Brex card.”