French speaker maker Devialet is arguably manufacturing some of the best sounding all-in-one speakers on the market, but they’ve always been too expensive for the average customer. With the Phantom Reactor, the company is releasing a cheaper speaker that still sounds great.

At $999 (or €990/£990), Devialet is going for a wider audience of music fans who have enough disposable income to look beyond your average Bluetooth speaker.

But pricing is just part of the story. The Phantom Reactor is also much more compact than the original Phantom. It is four times smaller and weighs 10 pounds. It’s still quite heavy, so you won’t be able to pack it in your suitcase when you’re flying for vacation.

But you can now put it on a shelf, unplug it and move it to the kitchen, etc. In other words, you no longer have to dedicate an entire table to your Devialet speaker. And as you saw in the photos, it definitely looks like a Devialet speaker with its egg-shaped design, but much smaller. 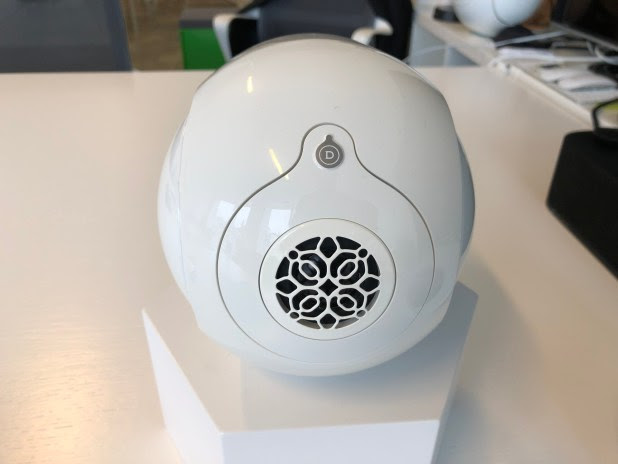 Fortunately, the company tried to compromise as little as possible when it comes to sound. Devialet has worked for three years on this speaker to produce the same sound quality in a smaller package. “We had to reinvent everything to release this product,” co-founder and CTO Pierre-Emmanuel Calmel told me.

When it comes to specifications, the Phantom Reactor features a tiny touch panel at the top to control the speaker. It connects to your phone or computer using Wi-Fi, Bluetooth, AirPlay, Spotify Connect or UPnP. There’s also an audio jack. Chromecast Audio support as well as the ability to pair multiple speakers will come later with an update (you probably can already use multiple speakers with AirPlay 2 though).

There’s no microphone and Devialet doesn’t plan to support voice assistants on its devices directly. “We are completely focused on sound quality. We want to be platform agnostic with Apple, Amazon or Google. Our idea is that we want to make our speakers compatible with all the protocols from those companies — but our business is sound quality,” CEO Franck Lebouchard told me (former CEO Quentin Sannié wasn’t around during our meeting).

If you’re into voice assistants, you can always find a workaround. For instance, you can buy an Amazon Echo Dot and plug it to your Phantom Reactor. Let’s see if the company adds HomeKit support and other smart home features in the coming months.

Given that Sonos has taken a U-turn and integrated Amazon Alexa into its flagship speaker, I pushed a bit more on this front. “We have no plan today because it would involve a lot of effort to interact with Reactor to do your shopping. In the end, we’ll never be as good as Amazon,” Lebouchard said. 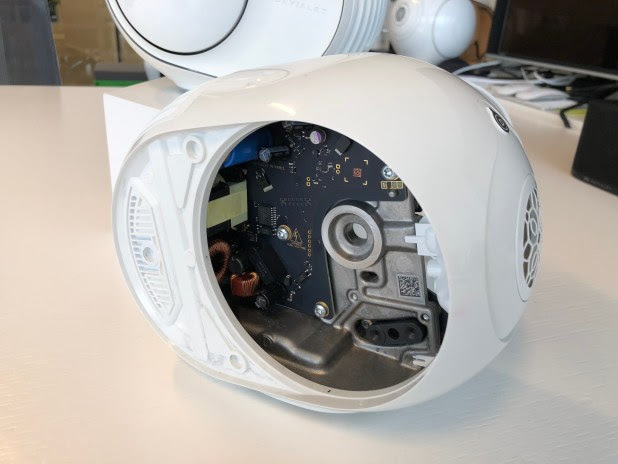 So the Phantom Reactor is just a damn good speaker, nothing else. “There’s zero background noise, zero saturation and zero distorsion,” Lebouchard said. And just like other Devialet speakers, it’s incredibly loud for the size of the speaker. During my fairly limited listening session, it sounded awesome.

It takes advantage of Devialet’s patent portfolio, including its unique sound amplification technology, a mathematical model that lets you push the speaker to its physical limits and the iconic piston-powered woofers.

But Devialet isn’t just a speaker manufacturer. The company has licensed its technology to other companies, such as Sky in the U.K. A couple of years ago, the company wanted to put a “Sound powered by Devialet” sticker on all your electronics products, from your TV to the speakers in your car.

The company told me that Devialet will follow all options. There will be new in-house Devialet products as well as more licensing deals. Lebouchard gave me a ‘no comment’ on the Freebox rumors though.

The Phantom Reactor will be manufactured in France near Fontainebleau. The company has built a brand new factory and expects to produce a speaker every 49 seconds. 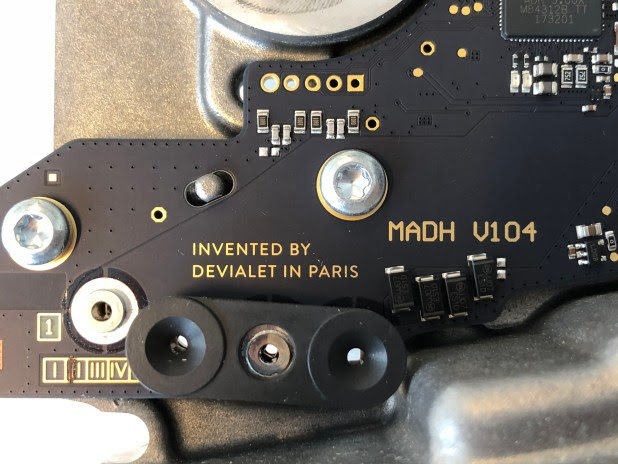