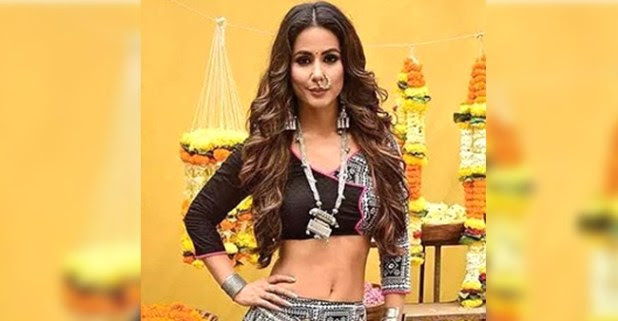 Hina Khan is all set to make her comeback in Kasautii Zindagi Kay as Komolika. Recently, a promo from the show was released in which Hina Khan portraying Komolika was seen. The promo gave us a hint that the actress is soon going to make an entry in the show. Her new look has become a sensation in the fashion world already.

Kasautii Zindagi Ki is a romantic iconic story which revolves around Anurag and Prerna. Komolika plays an antagonist in the daily soap. Earlier, Urvashi plays the role of Komolika. She appeared in gorgeous sarees, big bindi and hair flick which made her character an instant hit. Her role captured almost all the limelight.

When Ekta announced that Kasautii Zindagi Kay is going to come back small screen, everybody was in a state of surprise. All of her fans were excited to know about who will be playing the role of Komolika. And when finally Ekta revealed that Hina Khan is going to play the role for the same, there was a lot buzz among the viewers. They were waiting for her first look and entry in the show. The first promo of Hina Khan as Komolika lit sparks amongst all the viewers around the country. Moreover, she was appreciated for he looks and personality.

On Saturday, the actress, Hina Khan also post her pictures on her Instagram stories which looked like she has started shooting for KZK 2. From a very long time there were rumours that she will be playing the role but she neither denied nor accepted the same. Her first  look went viral. Soon after her first look was released the channel released the promo of Hina Khan as Komolika.

Well, the most exciting news is that the wait is over. According to some reports, it is said that Hina will finally make her entry as Komolika tonight in Kasautii Zindagi Kay 2. After a lot of buzz and excitement, we will be able to see her on the screens. We all are really excited.

Tell us about your excitement level in the comment box.