Before Anup Jalota, Jasleen Matharu Was In A Relationship With Sukhi 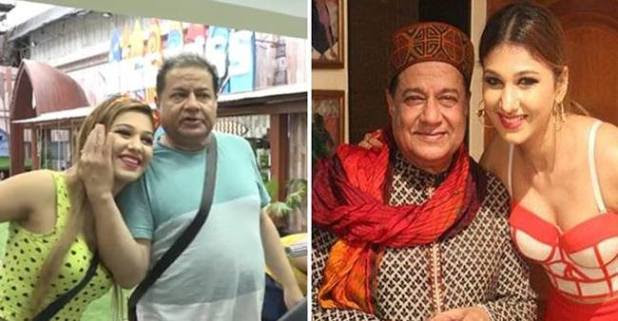 Anup Jalota and Jasleen Matharu are one of the major highlights of Bigg Boss season 12. Well, we don’t need to tell you the reason. The dup entered as the Guru-Shishya jodi in the house but later, this jodi turned out to be the most happening one with their love relationship. The couple is seen having a whale of the time in the house and has also gone through various ups and downs in these many days. However, in spite of all this, Anup and Jasleen’s jodi are ruling hearts and also making the show a must watch and super entertaining for the viewers.

Well, when Anup and Jasleen took over the Bigg Boss 12 stage when they were introduced at the premiere episode by Salman Khan, no one could believe that they are a couple.

The major thing that grabbed all the attention of this pair is the huge age gap. While Anup is 65+, Jasleen is half of his age. We wonder what made Jasleen fall in love with a man who is as old as her grandfather. But as we all know, love is blind and the same is the case with Jasleen and Anup.

So here’s how we came to know about Jasleen’s past love affair.

During a task in the Bigg Boss house, one secret about Jasleen’s past relationship got revealed on the show. The show’s participants Shivashish and Deepak had to make a guess about a housemate who previously dated a popular celebrity and that inmates current partner was not aware of.  To this, Shivashish took Jasleen’s name. Well, he made a right guess.

But what made our jaws drop was Anup, Jasleen’s current partner who was already aware of it.  While having a discussion, Jalota referred singer Sukhwinder Singh as Sukhi twice and Jasleen stopped him from taking the name on the national television.

Anup revealed that he heard about Jasleen and Sukhwinder’s relationship from the music world.  Jasleen’s Instagram account has many pictures where she is seen spending time with Sukhwinder and the two looked quite comfortable in each other’s company. These pictures were clicked between years 2014 and 2018.

Take a look at them here:

Well, from these pics we can definitely say that the couple shared a great bond but seems things didn’t work out between them.

Published by Harmisha Chauhan on 19 Oct 2018