After their wedding in Italy, Ranveer and Deepika to have two wedding receptions in India 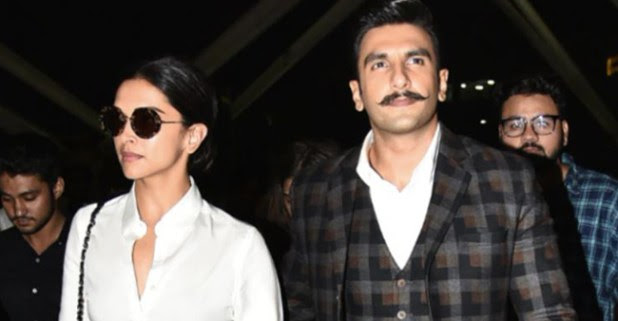 Finally, DeepVeer aka Ranveer Singh and Deepika Padukone took everyone by surprise after they announced their wedding dates today on their social media handles. Both are going to get hitched on 14th and 15th of November. It is said that the wedding is set to happen at the scenic location of Lake Como in Italy. Despite keeping their PDA game strong on social media, the rumored couple has never really denied or confirmed about their relationship status but now they have made it official by announcing their wedding dates on social media.

Now it is being reported that the heartthrob couple is going to have not only one but two wedding receptions which will be taking place in Mumbai and Bangalore.

While the reception that is going to be held in Bangalore will be attended by only family and close friends. The reason behind celebrating two reception at a different place is that Deepika belongs to Bangalore so she will be there in her hometown on her special day. According to the reports, the duo has finalized November 28 and 29 for this function.

Meanwhile, it is being reported that the couple will reportedly have four grand functions at the wedding. They will have a lavish private wedding. Apart from the wedding the grand celebrations will be away from the media attention and will be a classy and an intimate affair.

While everyone is eccentric about the same and expects  a grand celebration at this event!