180 million female jobs are at high risk due to automation globally, says IMF 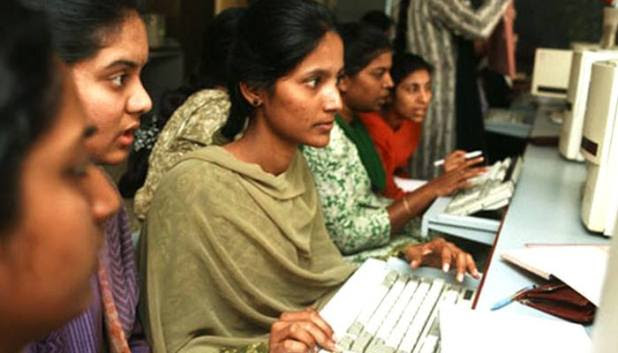 Women in today’s world have created a place for themselves and grabbed almost all the opportunities in the employment sector. But for now, International Monetary Fund had warned that as many as 180 million jobs for women are at an risk of being displaced globally due to an advent globally.

In its reports revealed during the annual International Monetary Fund (IMF) and the World Bank meetings in Bali, it is estimated that the job loss for women is based on at least 30 countries which include 28 Organisations for Economic Corporation and Development (OECD) countries and Cyprus and Singapore.

Stimulating conversation with my friend @Winnie_Byanyima @Oxfam. We discussed the worrying state of economic inequality and what policy makers can do about it, including through fairer taxation, more effective social spending, and doing more to help women get decent jobs. pic.twitter.com/ua0RVUPRn9

It also states that the new technologies could further bring down demand and reduce the relative wages for routine tasks that women perform, lowering returns from the labour market participation.

The IMF also said that the results indicates that given the current state of technology, 10 per cent of male and female workforce (54 million workers) in 30 countries (28 OECD) member countries, Cyprus and Singapore) is at high risk (facing higher than 70 per cent likelihood of being automated) of being displaced by technology within the next 20 years.

The female workforce is at a larger risk than the male workforce (11 per cent versus 9 per cent) which means 26 million jobs for women are at stake in the countries. On average, the Routine Task Intensity Index is 13 per cent higher for female workers across the 30 countries

“Extrapolating our results, we find that 180 million female jobs are at high risk of being displaced by automation globally,” the IMF said. For women it said, they are under-represented in sectors anticipating job growth such as Engineering and many more sectors which leaves them at a greater risk for displacement.

As discussed today with parliamentarians at the #IMFMeetings, investing in #HumanCapital is particularly relevant in Asia, given the fast-growing young population. We are contributing to this investment with advice on reducing inequality, tackling corruption & empowering women pic.twitter.com/UcJcnLaU6q

Jobs are likely to grow in traditionally female-dominated areas such as health, education and social services. There will be more job opportunities that require cognitive and interpersonal skills and less prone to automation.

Jobs at risk of automation is not the same thing as actual job loss. The IMF said, “Our estimates of potential impacts of automation consider only technical feasibility given the current state of technology. Job losses could be potentially be offset by new opportunities created by technology and higher output potential owing to falling costs and prices.”

My message to policymakers today at the #IMFMeetings trade conference: first, work together to de-escalate and resolve trade disputes. Second, join hands to fix the trade system, don’t destroy it. Third, partner to ensure that global trade delivers for all https://t.co/xAiOALYVDt pic.twitter.com/9f61ORN0Q1

“Female workers perform fewer tasks requiring analytical and interpersonal skills or physical labour, and more tasks that are routine, characterised by lack of job flexibility, little learning on the job, and greater repetitiveness.”

“This implies that women are more exposed to automation than men,” the IMF added.