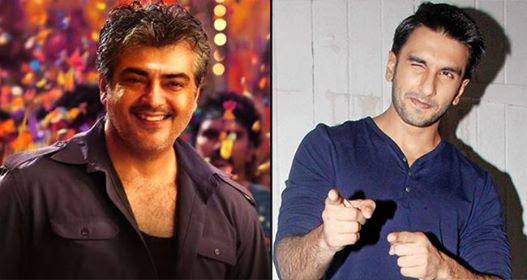 It is not a surprise that stars from other industries have good relations with Bollywood stars.

Top stars from different film industries have often been found bonding together at various events. Some of them are Salman Khan-Venkatesh Daggubati, Akhil Akkineni-Ranveer Singh, Chiranjeevi-Amitabh Bachchan and a few others. 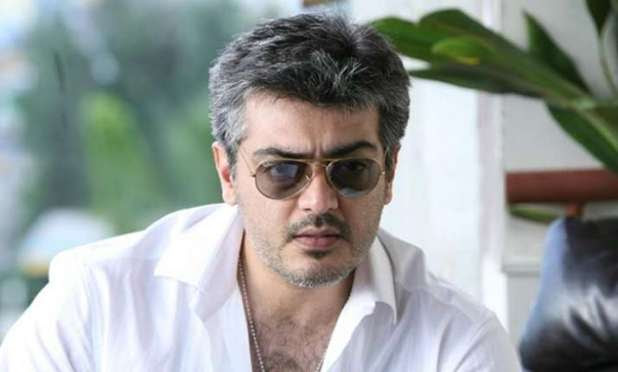 We all have heard many stories about the good friendship between Bollywood stars and people from other industry. But did you ever hear one top star sacrificing his luxury hotel room for another top star:

So this scene happened in reality and it was not long ago. Tamil star Ajith Kumar sacrificed his hotel room for Bollywood actor Ranveer Singh and the former won a million hearts with this act.

Ranveer Singh was shooting in Hyderabad for his upcoming film Simmba at a film city where Ajith too was shooting for his upcoming film Viswasam. And coincidentally, Ranveer was accommodated in the same hotel where Ajith was staying. Ajith was to wrap up that schedule of Viswasam and head to a different town however the director decided to extend the schedule for another day. The production house tried to extend the hotel room for Ajith, but the hotel staff had allocated the same suite to Ranveer who was to arrive the same day.

Upon learning about the struggle the production team was facing, Ajith sacrificed the luxury room for Ranveer Singh and decided to stay in an executive class room in the same hotel. And when the news spread, fans of Thala Ajith were in awe of the actor’s humility.

This act by Ajith won a million hearts and made him a bigger star.

Well, Ajith Kumar is such a grounded star. Do you agree too?