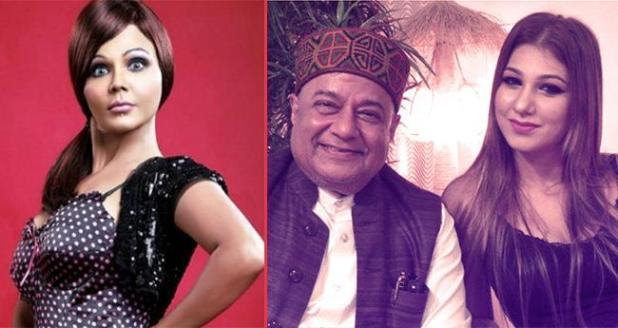 65-year old Singer Anup Jalota is the participant of Bigg Boss season 12. He entered the house with girlfriend Jasleen Mathuru who is about 37 years younger to him. Jasleen recently confirmed that the two are dating from past 3 years. In an interview with TOI, she said, “This is going to come as a huge shock to my parents and friends as no one is aware of my relationship with Anup Jalota ji. We have been dating each other for the last three and a half years. We usually don’t get time to spend with each other in the outside world due to our busy schedules, but now with the help of Bigg Boss, we will get to do so. Also, we will get to know if we can stay together forever.”

The theme of season 12 of Bigg Boss is ‘Vichitra Jodi’ and Anup and Jasleen’s Jodi perfectly fits in it. However, people are pretty shocked with this and have even trolled them badly. Not only the fans, but even Salman and other celebrities are finding it difficult to believe their relationship.

Reacting on this, Rakhi Sawant has posted a series of Videos in which she can be clearly seen making fun of the couple. She calls Jasleen hot and young and suggested Anup to take care of her since any other young contestant can woo her inside the house.

A day before, Bigg Boss 11 winner also shared her approach towards Anup and Jasleen’s relationship. She said to a leading daily, “Anup ji is not an isolated example of such relationships to feel weird about it. I don’t think it is wrong if two people are compatible and have developed a bond after staying together. Earlier, it was said that female should be younger than men but today the definitions have changed so if the society can except that then why not this? Also, to target him for his profession is not correct. People should keep professional and personal different. A lot of people do a lot of things in closed doors, to accept a relationship in public is not easy.”