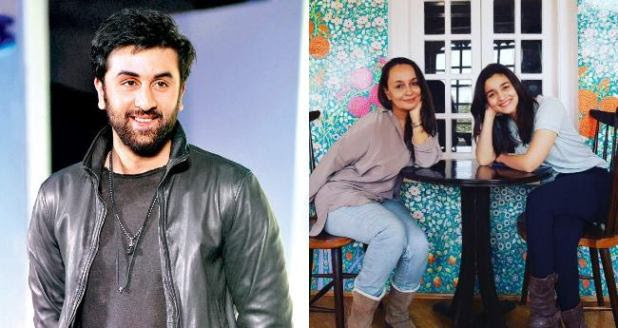 In Bulgaria, sets of ‘Brahmastra’, the dream project of director Ayan Mukerji is witnessing the love story of the cutest couple, blossomed into a full-fledged romance. Ranbir Kapoor made it official while interacting with media, tight-lipped Alia is making it official through her IG pictures. And earlier a month ago the girl has also admitted that she is not single and obviously it is known to everyone whom she is dating. “No, sorry, not single,” revealed the Raazi actress.

Their parents had also given a nod to their relationship and now after Rishi and Neetu Kapoor and talking with Mahesh Bhatt, Alia mother Soni Razan spoke up about her daughter’s choice. Recently, talking about Alia Bhatt, Soni Razdan said, “I have a very good relationship with my daughter. I don’t go by what rumours say; I talk to her directly. We have had discussions on what’s going on or not going on in her life.”

It looks like Soni wants to keep her daughter’s relationship with Ranbir under wraps. In an interview with HT, Soni said, “I don’t discuss these things with anybody. (Laughs) Of course, we know Ranbir very well.” From Rishi Kapoor to Mahesh Bhatt, everyone has had their thing to say about Ranbir Kapoor and Alia Bhatt’s love affair, and mommy Soni Razdan too is all praises for her damaad-to-be. “But Ranbir is a lovely, lovely boy.”

Earlier, Ranbir’s father Rishi also said, “It’s Ranbir’s life. Who he wants to get married to is his prerogative. Neetu likes her, I like her, Ranbir likes her. Get it? I can’t be judgmental. Ranbir is entitled to choose his.”

The couple has known each other for a while now as they both works in the film industry but they came close when started the shooting for their first movie together ‘Brahmastra’. Many pictures have gone viral from the sets of Brahmastra, even the lead actress shared many adorable and loving pictures clicked by her boyfriend Ranbir. Alia in love dauntlessly gave the credits of her Instagram official to Ranbir and left everyone awestruck.

Initial dates for the release of Brahmastra is 15th of August, 2019.