Mischievous Taimur Gives A Tough Time To Nanny, Pictures Are Too Adorable 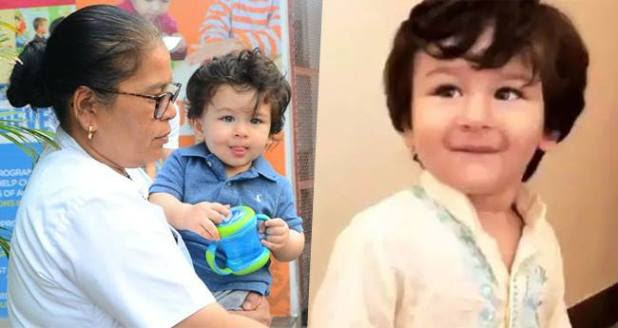 What cricket is to Sachin Tendulkar, Paparazzi is to Taimur- Both are inseparable. And why not? afterall, Baby Taimur attracts all that attention with his overloaded cuteness. Taimur was recently spotted leaving the hand of his nanny and running away. Well we loved his mischievousness and cutness at the same time. Well, that’s a new mood of Taimur that we had never seen before. As he is growing up, we are getting to see more moods of him.

Have a look at the adorable picture:

Well, Saif had earlier said in an interview that Taimur is a gunda. Talking about Taimur’s bond with Inaaya, Saif said, “They hang out here at home. She is very small and delicate and he is a ruffian but we have a lot of people around so we don’t need to be worried. But Taimur is a gunda. I hope he doesn’t pull her hair (laughs).”

Here are some more pictures of Taimur:

Taimur is now very much familiar with the paps.

A few days back, we saw Taimur taking part in Ganpati celebrations. Just like other times, he gained our attention with his cuteness. He was seen playing around during the pooja.

Talking about the constant paparazzi attention, Saif once said in an interview, “Taimur should be freely able to take his evening outing in the park. It becomes difficult in certain situations, but the photographers are really friendly. They are just doing their jobs and they don’t push him or his nanny, which is really kind. They aren’t aggressive so I’m happy.”

Mommy Kareena had said, “I do not like the fact that every day, Taimur’s moves are being monitored and you know, pictures are being out, what he’s doing, what he’s wearing, discussing his hairstyle. But I don’t know how to stop it; they are just following him around.”