Kareena Kapoor Talks About Having A Second Baby After Taimur 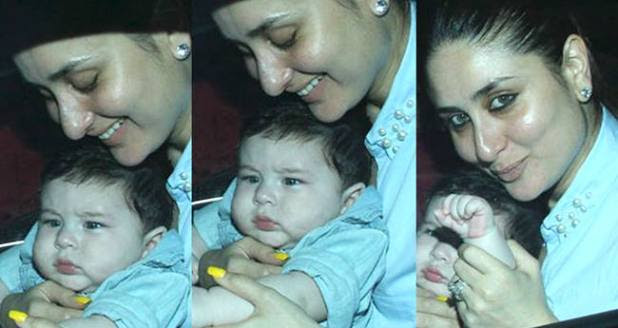 Kareena Kapoor Khan who married her longtime beau Saif Ali Khan in 2012 was blessed with a baby boy on December 20, 2016. The die-hard fans of the diva and her family, friends couldn’t stop rejoicing with the arrival of this new member whom the couple named Taimur Ali Khan.

Just like his parents, Kareena and Saif’s doting son is paparazzi’s favourite. media and the fans are always keen to know what he is up to and everything about him. It’s been more than one and half years since Kareena gave birth to Taimur but his popularity has only increased with every passing day.

And now, we wonder if Kareena and Saif would like to have another baby after Taimur. As Taimur will ring in his second birthday in December, Saif and Kareena have already decided to have the second baby soon. No this is not any speculation as Kareena herself confessed that she will be soon having a second baby.

So, here’s what happened. Actually, Kareena and her best friend Amrita Arora are all set to come as guests on one of Komal Nahta’s Starry Nights 2.Oh! The BFFs of Bollywood had a gala time on the show and also made some interesting revelations which took everyone by surprise.

So, when the show’s host Komal asked Kareena about having a second baby after Taimur, she said, “After 2 years.”  Yes, you heard it right! Kareena wasn’t kidding and she is pretty serious about it.

To this revelation of hers, Amrita instantly pops in and quips, “I have told her if she decides to get pregnant again, let me know because I’ll be leaving the country.”

So now, we just can’t wait for the next two years and see Bebo pregnant with another baby. We hope it’s a girl this time. Taimur will be a big brother soon. Isn’t it exciting?

On the work front, Kareena was last seen in veere Di Wedding which was a huge hit. The actress has bagged some interesting projects in her kitty which includes a film with Akshay Kumar titled Good News and Takht which is a multi-starrer flick starring Ranveer Singh, Alia Bhatt, Janhvi Kapoor, Bhumi Pednekar and Vicky Kaushal.

Published by Harmisha Chauhan on 12 Sep 2018