FRIENDS Rings 24 Years, Abhishek’s Comments On It Will Make You Feel Nostalgic 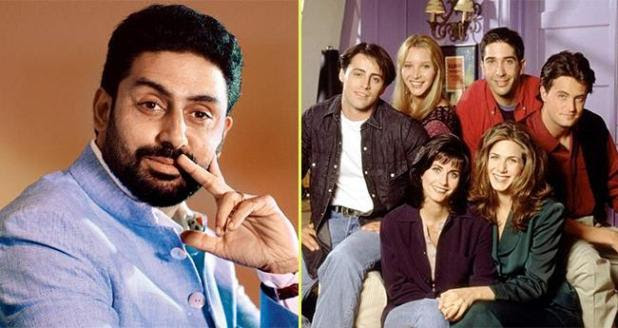 It’s been 24 years since the first episode of the famous sitcom Friends aired on Television on 22 September. ‘Friends’ is one of those sitcoms which people like to watch even in 2018 which ended 14 years ago in 2004. With the main six characters in the show, Ross, Phoebe, Rachel, Monica, Chandler, and Joey, this show is still alive. Well, ain’t you feeling a little old?

Barely, there is anyone who doesn’t like the show Friends and maybe you’ll be an enemy if you ever said, “I don’t like F.R.I.E.N.D.S.”

When the show completed 24 years, Bollywood actor also took to Twitter, asking fans that if you felt old yet. 90 kids will surely do.

Actor Abhishek Bachchan taking to his social media account on Twitter wrote, “So…. Friends aired for the first time 24yrs ago!! Feel old yet??? #90sKid”.

For us, it’s a hard truth that we didn’t even feel…

With Abhishek’s tweet, fans started reacting to his tweet and sharing their emotions on the social media. Here’s how the Twitterati’s are reacting:

Them: What song do you have stuck in your head?
Me:#friends pic.twitter.com/7ajZQrwlSq

On this Day in 1994, the Greatest show in television history aired for the first time

So, who’s your favorite among the six characters who still rules everyone’s heart?

For the very less uninitiated people, Friends is an American television sitcom which aired from September 22, 1994, to May 6, 2004, for 10 years with 10 season with 23-24 episodes in every season. The show stars an ensemble cast of Jennifer Aniston, Courteney Cox, Lisa Kudrow, Matt LeBlanc, Matthew Perry and David Schwimmer who lives in Manhattan, New York City.

Talking about the Bollywood actor, Jr Bachchan, recently, he made a comeback with Marmarziyaan alongside Taapsee Pannu and Vicky Kaushal. The story is a love triangle between these three. Moreover, the films faced a heavy backlash on the social media by the Sikh Community for nonsensible reasons. Taapsee Pannu is shining like a star in the movie even after having two main lead actors Vicky Kaushal and Abhishek Bachchan. And we bet Taapsee’s fan will watch the movie in the theatres only for her. Also, the movie got outstanding rating stars by the critics.