One such proposal happened in mid-air. No matter how cute this was, it cost the air hostess her job.

Who doesn’t love a cute proposal? And what could be better than a proposal mid-air? A Chinese flight attendant was proposed to in a flight and she said yes! How cute is that? 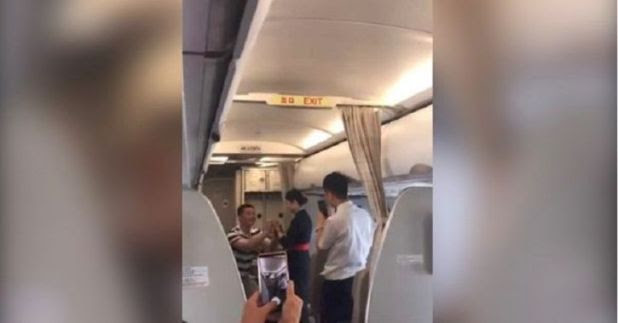 She was then was served with a dismissal letter from her employers. The company said that private romantic behaviour caused turmoil among passengers and was extremely irresponsible for the safety of passengers. Asia One reported that in May, she was proposed 30 minutes after the flight took off. On September 10, she was fired on grounds that she had neglected passenger safety.

Here are some of the reactions:

Every time an airline over sells a flight, one person from that airline should be fired. They decide. Baggage handler, CEO, flight attendant. But one person. Fired. Every time.

You guys fired a flight attendant for accepting a marriage proposal. No thanks, I will fly with another airline.

According to a news report, the news of her termination has garnered mixed responses on Chinese social. While some say that her firing was “inhuman” and “heartless”, others argue that handling “private affairs” during professional hours is wrong.

Well, what do you think about this?