Birthday Special: Hardy Sandhu started his career as a Cricketer and is now a Top Punjabi Singer 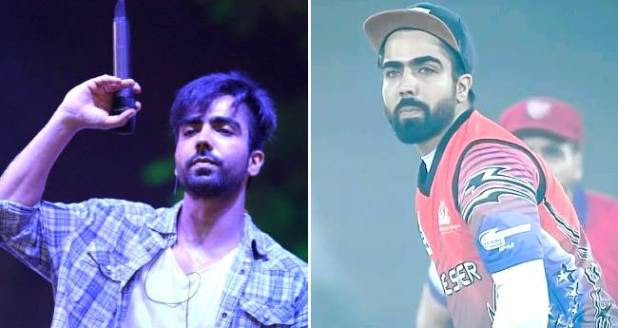 Hardy Sandhu is not an unknown name for us. Sometime or the other we all have listened to his songs on replay. He is the guy who made us crazy with his song ‘Soch‘ and made us fall in love with him. He has given several hit songs like Backbone, Hornn blow, Joker etc. It would not be wrong to say that he is currently No. 1 singer in Punjabi Industry. His hit song ‘Soch’ was even recreated in Akshay Kumar’s Hindi Film ‘Airlift’.

However, not many of us are aware that becoming a singer was not his real passion. He had instead started his career as a Cricketer. It is amusing to know that he never wanted to come into the singing industry.

Hardy Sandhu’s real name is Hardevinder Singh Sandhu. He has played with Shikhar Dhawan and Cheteshwar Pujara. He always dreamt of playing for Team India. However, he suffered an injury in 2006, due to which he had to give up cricket and join the singing industry.

On speaking about his journey as a cricketer, he said, “I Played for around 10 years. I have played for the Under-19 cricket team with Shikhar Dhawan. He was my roommate. And I have also played with Cheteshwar Pujara. But in 2006, I had an elbow injury. I was a fast bowler and my injury was on my right arm. I tried to get treatment here, but kuch nhi hua. When IPL started, even my juniors got selected, I felt really bad.”

He further said, “I then decided to go to Australia to see good doctors and physiotherapists. I got a student visa and thought if my treatment is successful, I will come back to India and start playing again. Warna padhai karke, vahin settle ho jaunga. I was there for 11 months, and in that period, I met a lot of doctors par kuch hua nhi. Vahan taxi bhi chalyai.”

On speaking about how he entered the music industry, he said, “In 2010, I dstarted learning music and continued learning till 2011. I finally came up with my first album in 2012. Sometimes I do regret not being able to play for India”

Well as they say ‘jo hota h ache k liy hota h’. If Sandhu had gone into the sports field, we would have missed such great songs to replay on our playlist.