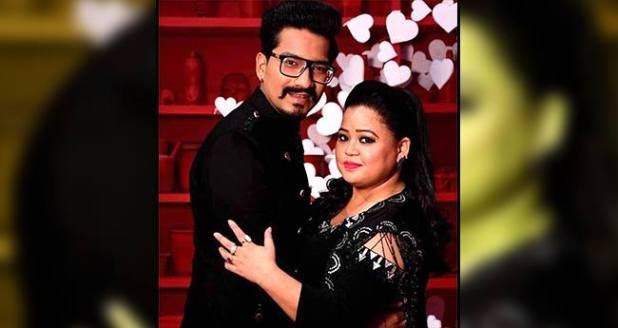 Bharti Singh is one of the famous comediennes of our country who has come a long way in her career. The beauty has been in headlines for all the right reasons since the time she tied the knot with her beau Haarsh Limbachiyaa last year in Goa. The duo has been making a lot of appearances together in reality shows and events.

The lovely couple was recently seen in Colors’ show Bigg Boss 12’s launch episode. This had made their fans super excited as they were to star in the show. However, the couple was there just to entertain the viewers and create a buzz.

And now, we hear that the duo is all set to start their own chat show. The show will be under Haarsh’s home production and Bharti will be hosting it.

Bharti and Haarsh’s show will be titled as Bharti Ka Show- Ana Hi Padega and will be aired on Tata Sky. Reportedly, popular celebs like Riddhima Pandit, Punit J Pathak, Avika Gor and Karan Wahi have already shot episodes. All these are Bharti and Haarsh’s Khatron Ke Khiladi fellow contestants.

Bharti is happily married to Haarsh and the actress has been quite vocal about embracing motherhood soon. Talking about the same, Bharti said, “Yes, Haarsh and I both love kids. In fact, Haarsh toh galiyo mein logon ke bachhe uthatarehta hai (laughs). We have discussed about extending our family. And by 2020, I will be a mother. Maine toh Haarsh ko bola hai that I want to perform on the stage till the last day of my pregnancy. I want my child to get good vibes. I have, in fact, asked him to plan and write scripts for me for my pregnancy.”

So folks, how excited are you for Bharti’s new show? Tell us in comments.

Published by Harmisha Chauhan on 19 Sep 2018