BB 12 Day 2 Update: Sreesanth Says He Will Leave The Show 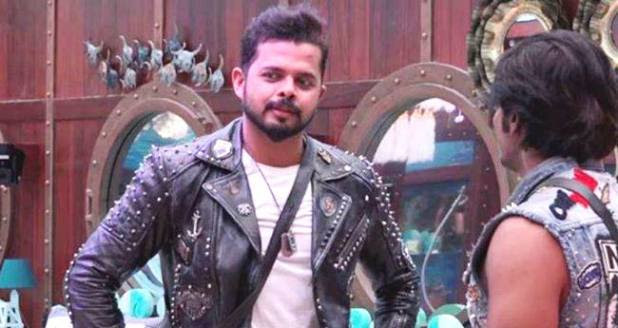 Sreesanth refused to do the first task of Bigg Boss 12 “BB Press Conference” saying he doesn’t know much about his opponent jodi Shivashish Mishra and Sourabh Patel.

He also gets in argument with Khan sisters from Jaipur. It gets heated up to such a level that they start questioning their upbringing. The angry Sreesanth walked out of the room and took off his microphone. Karanvir tried to calm him down but it was of no use. Sreesanth asked the Bigg Boss to open the gates of the house as he said he wants to leave the show.

On the other hand, one of the Khan sisters couldn’t handle the argument and broke down.

Sreesanth had earlier participated in dance reality show Jhalak Dikhhlaa Jaa. He had staged a walkout after being eliminated. Before entering the Bigg Boss House, he had promised that he will not walk out just like that.

During an interview with a leading daily, he had said, “During Jhalak, I was on bail. Now that I have got a clean chit, I have nothing to prove to anyone. Be assured, I will not walk out of Bigg Boss. I am confident that I will only come out of the house on the finale. I have always believed in giving it all or nothing

In the very same task, the housemates teamed up against the much talked about contestant Anup Jalota and his young girlfriend Jasleen. They asked them if there is any romantic angle in their relationship. Jasleen tried to justify that Bigg Boss 12 is not a dating show and their relationship is mature enough. Despite that, their jodi was voted weak by the majority.