Women Safety in Maharashtra Changed By An IPS Officer’s Initiatives 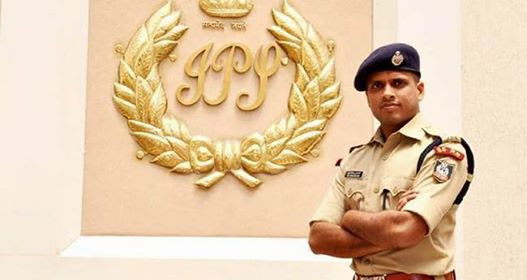 A great initiative was taken by ASP Atul Kulkarni where he approached the citizens. Usually, people feel shy or hold themselves back about approaching the police.

Certain crimes that most people are scared to report and the ones that have the most far-reaching effects. People are most of the times scared and imagine being scared all the time or walking on the street terrified for your life. Many people hold their your mobile phones clutched tightly and keys between fingers. Living like this will be impossible.

IPS officer Atul V Kulkarni, Assistant Superintendent (ASP) in Bhayandar Thane, realised that there was an immediate need to end this gap. He wanted people and police to connect. It is impossible for police to be stationed on every street, or every house all the time to track such illegal and dangerous activities.

On the other hand, for the police, the need to reach the people who live suppressed lives at home and have no safe way of even reaching their nearest police station is of utmost importance.

For this he made two divisions for convenience of people—a Drug Cell and a women’s cell called the Bharosa (Trust) Cell.

ASP Kulkarni said, “We established a triple action plan to tackle the drug abuse problem in the city. The first step was to create awareness through school rallies, exhibitions, street plays, flash mobs, society meetings etc. We also started a helpline number that people can call, and our team will reach the location within 10-15 minutes!”

Thanks to these efforts, within six months, the Thane police has reached out to about 20,500 people!

“We have also started counselling sessions. This is a completely community-based initiative. Here we have involved doctors, psychologists, psychiatrists, social workers, NGO and the media. We have seen a good success rate since 20 people from our rehabilitation centre have started their own businesses. We also help them get employment, so they have a less chance of going back to doing drugs,” he said.

“Taking inspiration from the same angle, we have also established Bharosa (Trust) cells for women,” the IPS officer said. He added, “Whatever complaints women have about family issues, harassment related to a girl child, sexual assault are addressed here.”

“There are quarrels in housing societies, with neighbours, when children are playing together. And at times, things escalate to an unfortunate level. We address all such issues related to women under the Bharosa cell. Now, some women approach us directly at the station. But for those who are unable to do so, we have established the Nirbhaya Pathaks—vans that patrol streets and housing societies. Women officers in civil clothes drive around in these vans and keep an eye out for sexual predators, instances of ragging etc.”

“We have installed complaint boxes in schools in Thane. Girls can give anonymous complaints there. Every Monday, a police officer takes out the complaint chits, in front of the principal, and then we address them one by one,” says APS Kulkarni. This way, girls who have been facing abuse either in schools or their homes can safely issue complaints to the police. The police, through the principal and teachers, who know the children personally can approach the children and solve their issues.