With Over 12 Biopics In Line, Bollywood Seems To Be Running Out Of Scripts 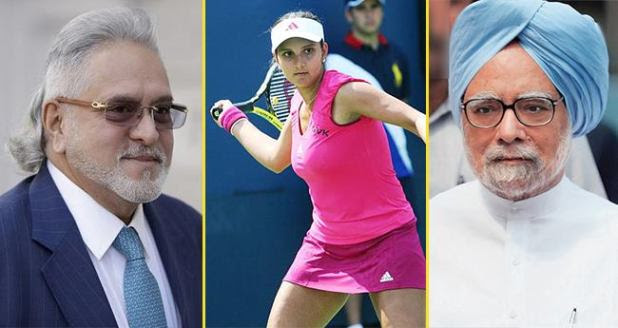 Seems like the Bollywood is now running out of scripts, as it is focusing more on biopics now. Back in 2013, the fans witnessed classic film Bhaag Milkha Bhaag which was based on the life of athlete Milkha Singh popularly known as Flying Sikh. After the success of the film, Bollywood shifted its focus on that genre.

Since then, we have been witnessing several biopics every year. For starters, we were given Mary Kom, Neerja, Soorma, Raazi etc.  And the last one was Sanju based on Bollywood Actor Sanjay Dutt’s life. The film has been doing wonders on the box office and is now the second higgest grosser of all time.

With this, the filmmakers are getting more inclined towards biopics. Let’s have a look at the upcoming biopics: The film is titled Super 30 and stars Hrithik Roshan. Super 30 is an educational programme started in Bihar by Mathematician Anand Kumar. It selects 30 meritorious students from economically backward class every year and prepares them for IIT. The much awaited biopic on Tennis Player Sania Mirza is finally happening now. According to the reports, “Many have been wanting to make a film on Sania’s life for a while now and Ronnie has finally bagged the rights for it. The story will be a balance of her professional and personal life with the latter getting more prominence. The makers will zero down on a director soon, after which they will begin the casting process”. Shraddha Kapoor will play the role of Badminton Champion Saina Nehwal. The film is directed by Amol Gupte. Shraddha is said to have practicised with Saina herself to getter a better insight of the character. Ajay Devgn recently announced the a film on the life of Chanakya who was a great political thinker, philosopher, and economist. The film will be directed by Neeraj Pandey.  Ajay Devgn said, “I am truly looking forward to playing Chanakya. I’ve followed Neeraj Pandey’s work closely and I know Neeraj will tell this story with the clarity and passion with which it needs to be told.” Biopic on our Former Prime Minister Manmohan Singh will roll out soon. Anupam Kher will be playing the role and his looks has already left us mesmerised. A biopic on the life of Kargil Hero Captain Vikram Batra is on its way. Actor Siddharth Kapoor will be seen playing the role of Captain Batra. Astronaut Rakesh Sharma was the first Indian to land on moon. His biopic will be titled Salute. Initially Aamir was supposed to do the film but the recent reports suggest that Shahrukh Khan is the final cast. A Biopic of Gulshan Kumar is in the talks. Initially, Akshay Kumar was named for the film, but he said no to it. Now, the reports suggest that Ranbir is being considered for the role. Not only Super 30, but one more biopic will be made on another mathematician. Ace fimmaker Prakash Jha announced the biopic and said, “He is our national treasure. His life is so inspiring. I would love to direct a biopic on him.” Directed by  Shonali Bose, the film is titled The Sky Is Pink . The film is based on the life of motivational speaker and author Aisha Chaudhary.The role of the girl will be played by Zaira Wasim, while Farhan Akhtar and Priyanka Chopra will play the role of her parents. Shooting of the film has already begun. This Silsila of Biopics won’t stop here. Recently, After Rajkumar Hirani’s Sanju, fimmaker Ram Gopal Varma announced that he will make another biopic on the life of Sanjay Dutt and will title it Sanju: The Real Story.