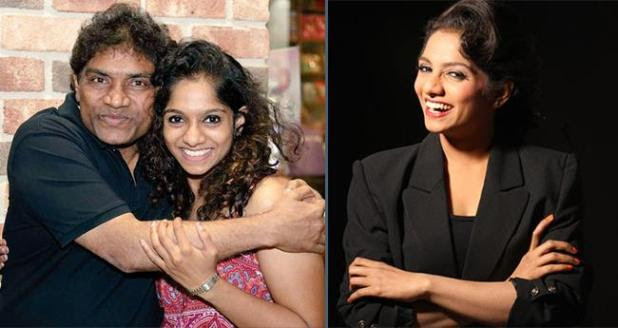 There is no denying fact that Johnny Lever is the King of Comedy in Bollywood. He has entertained us since decades and is continuing to do so. Though we have seen him entertaining us on the screen since all these years, we know very little about his personal life. Johnny has a daughter named Jamie who is carrying his legacy forward. Not many people know, but she is also a popular comedian just like her father. Johnny Lever is celebrating his 61st birthday today. And on the occasion, let’s know more about his daughter Jamie. The 30-year-old Jamie is not just a stunning lady but also has a perfect comic timing just like her father. However, she doesn’t think she is good-looking. In an interview with a leading daily last year, Jamie had said,  “Are you calling me good-looking? People don’t give me such compliments. I always hear ‘You are very funny’ or ‘I like the way you make weird faces’. No one says you are pretty. In comedy, people expect you to joke about your weight if you are fat. You use your body as your main content. Which is fine. People get laughs for it, but I didn’t want to be in that category. I wanted people to hear what I had to say.” Since she is the daughter of the king of comedy and she has chosen to make her career in the same field, therefore, she has a great responsibility on her shoulders. She has to carry forward the legacy of her father and at the same time, maintain her own identity. She said, “He (Johnny Lever) has worked in the industry for so long. I feel it’s my responsibility to entertain his audience but also create my own niche.” She also talked about how her father Johnny is, in real life. To which she said that he is nothing like what he is on-screen. She told, “In real life, my dad is nothing like his goofy on-screen characters. He is a strict, conservative South Indian dad. Growing up, our mother kept us away from the film world he worked in. He wanted me to not only complete my graduation but do a post-graduation, get a good job, and settle down.

She told that her father has been her mentor. Jamie has done over 150 live shows till now and has also worked in the film Kis Kis Ko Pyaar Karoon.