Indian Athletes Win Gold At Asian Games And Mark Their Glory, Story Is An Inspiration 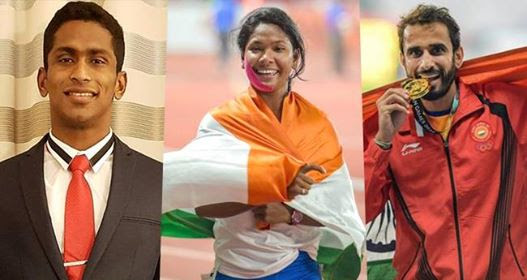 India is doing good at the Asian Games and making us all proud of the athletes there. We have won multiple Golds and Silvers. Their name will forever be etched in the history.

Swapna Barman had a toothache for two days and still, she managed to play with a bandaged jaw. Not only did she play, but also won a Gold for India. She won a Heptathlon gold medal, India’s first ever in Asian Games history. This is nothing other than magical for us as this is our first time. 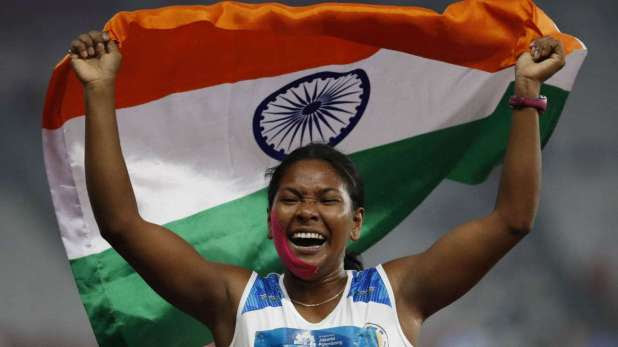 In 2016, ONGC did not renew Manjit Singh’s contract because they felt he was not doing enough on the tracks and he was too old to improve. Two years later, he turned history and proved them wrong as he won at the Asian Games gold medal in the men’s 800 mete run. 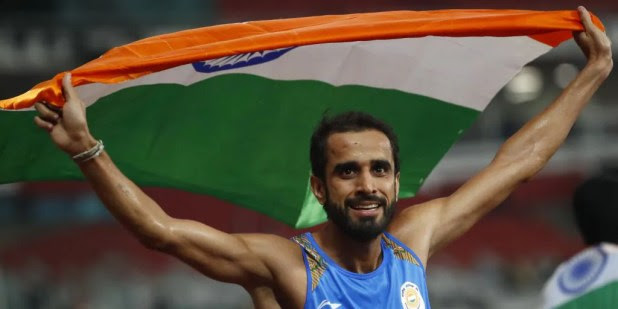 Tejinderpal Singh’s father is battling cancer and he had to make plenty of sacrifices to attain glory for India. Finally, it all paid off as he won the shot putt gold at the Asian Games. 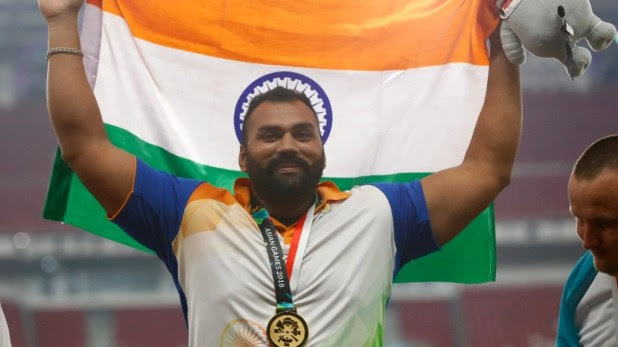 Swimmer Sajan Prakash went for the event unaware of where his maternal family was in flood-hit Kerala. But he still managed to represent India in the men’s 200 meter. 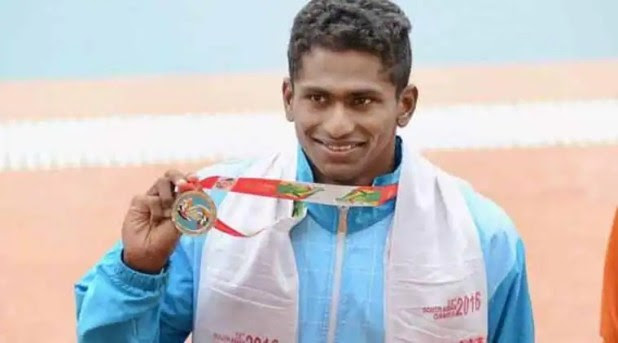 Swapna Barman added the fifth athletics gold for India at the ongoing Asian Games 2018 after winning the women’s heptathlon final on Wednesday.

“The wins & the money have helped my family & #SAI has been a huge help for me & my family.
I’m so thankful to everyone from @afiindia & SAI.” @Swapna_Barman96,gold medalist in women’s heptathlon,#TOPSAthlete & trainee at SAI COE Kolkata.
SAI is proud to support you, Swapna!

Swapna Barman bagged the first ever gold medal for India in women’s heptathlon after finishing the seven-discipline event with 6026 points. It was India’s 54th medal at the Asian Games 2018 and the fifth gold in athletics alone.

Swapna is from Jalpaiguri in West Bengal and she was suffering from a severe toothache during the two-day heptathlon final and she still competed with a tape on her right cheek to lessen pain arising out of teeth infection.

What makes her gold-medal winning performance even more incredible is the fact that she has six toes on both her feet. Which is why getting the right shoe to wear during the competition became Swapna’s biggest worry ahead of the Asiad.

The extra width of her feet means every landing is painful and the shoes do not last long either, but she has so far resisted the suggestion to have her extra digits surgically removed.

“I have got this gold on the National Sports day, so it’s really special. I use normal shoes worn by people who have normal five toes. It really pains during training. It is very uncomfortable, whether I wear spikes or normal shoes,” Swapna said after her heptathlon gold.

“I used to eat a lot of chocolates, so I have a teeth problem. It started paining two days before the event. It was severe but I could not let years of hard work go waste. So I forgot the pain and gave my best,” Swapna said.

“First day, I thought I won’t be able to compete. It was unbearable. I thought what will happen to my hard work, I had to do it. I forgot the pain,” Swapna went on to add further.

THE UNTOLD STORIES OF INDIA’S ATHLETES

Shot put champion Tejinder Pal Singh Toor had to leave his cancer-stricken father in a hospital back in Punjab to compete at the Asian Games in Jakarta.

Tejinder had to remain strong to pursue his passion. Finally, all his sacrifices were paid off as he won gold at the Asian Games. Not only did the 23-year-old from Moga won a gold, it came with a new Games record as he threw the iron ball to 20.75 m in his fifth attempt. It bettered a six-year-old mark, set by Om Prakash Karhana (20.69m). After winning the gold Tejinder said the medal means a lot to him and he just can’t wait to meet his family now.

With an #AsianGames record throw of 20.75m from our #TOPSAthlete we proudly bring to you our🥇winner in men’s shot put at #AsianGames2018!
You’ve brought us immense pride!
You’re great,Tejinder!#Athletics#SAI #IndiaAtAsianGames #KheloIndia

“My family never pressurized to attend my father in hospital and it was always my friends who took care of all the hospital formalities in my absence. I have not gone home much in this period since I was training in Dharamsala,” Tejinder, who trains with MS Dhillon, said.

“Now I will meet my dad but I will be there for only two days. I have to get ready for the next challenge. My coach M S Dhillon also needs to be credited for the hard work put in by him,” Tejinder said. 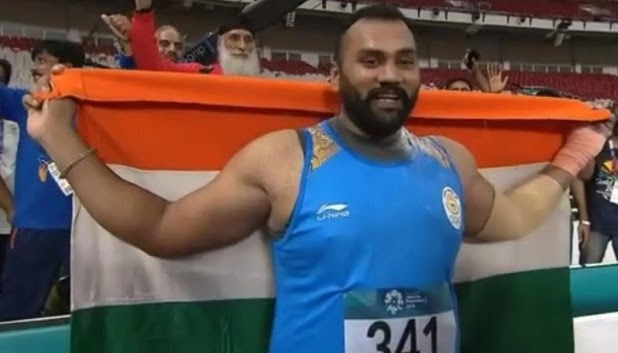 Another winning his gold-medal, Manjit Singh was told that he was too old to improve on his past performances by his previous employer ONGC.

He was determined to bounce back and he approached army chief coach Amrish Kumar, who decided to take Manjit under his coaching. Manjit then trained with Kumar at the national camp at Ooty, while his father, who is a dairy farmer, bore the expenses for his out-of-job son. The success didn’t follow immediately as he failed to qualify for Asian Championships 2017 and 2018 Commonwealth Games 2018. Manjit then qualified for Asian Games after finishing second at Inter-State Athletics Championships in Guwahati. 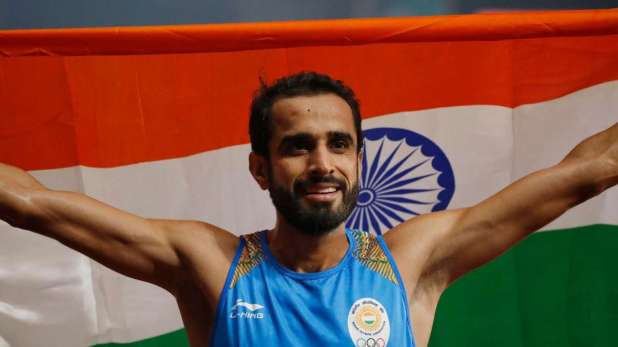 Indian swimmer Sajan Prakash competed at the Asian Games and his family was stuck in the floods which hot Kerela. Sajan went into the event unaware of where his maternal family, which hails from Idukki district.

The state of Kerala has been reeling under unprecedented flood. Sajan, however, was made aware of the situation only on Saturday as his mother chose to keep the news from him. In an interview given to a leading daily, after reaching the finals of 200m butterfly event, Sajan said he has no idea where his family is.

Muhammed Anas Yahiya won the silver medal in the mixed 4x400m relay. He hails from Nilamel town near the state capital of Thiruvananthapuram, which has been relatively better off. Even as Yahiay’s family was in a safe zone, his relatives and friends were still affected by the terrible floods. 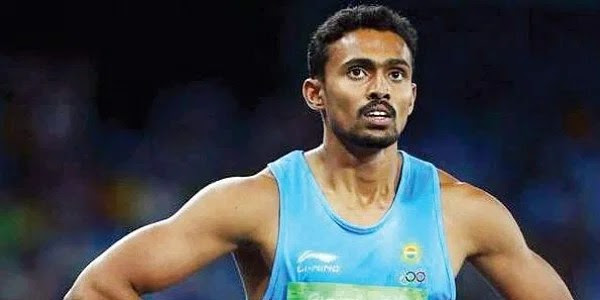 Dutee, who clinched her second silver medal at the Asiad after finishing second in the women’s 200m final on Wednesday, had to depend on the controversial ‘gender’ rule to be revised before competing at the Games here.

The 22-year-old Dutee clinched a silver each in the women’s 100m and 200m in her first Asian Games here as she was not allowed to participate in the 2014 edition while serving a ban under the hyperandrogenism policy of the IAAF (international athletics federation). She filed an appealed against this policy before the Court of Arbitration for Sports and won it.

“I have faced a lot since 2014. No one has gone through such a bad phase. I am glad that I could win two medals for the country. As of now there is no issue but there is no guarantee (of any ban),” Dutee told the reporters.

“It feels great to win two silver and that too with my personal best time in the semifinals. I was little tight today because I had given my all in the semifinal. I could not give my best (in the final race) but I have trained hard,” Dutee said. 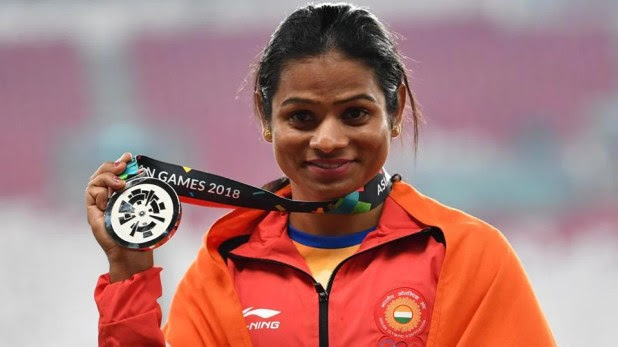 Arent there stories an inspiration for you? They tell us about their determination, hard work , will power and courage to overcome all odds and win. Their power to believe in themselves and efforts have made India’s campaign at the 2018 Asian Games memorable.