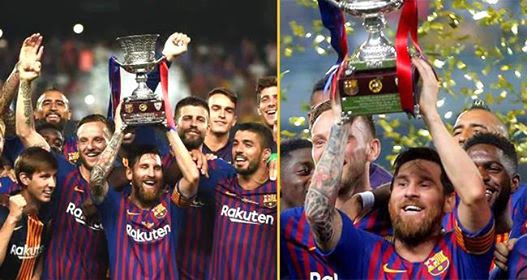 Lionel Messi is known for his exceptional football game, for hidden charities and heart touching gestures of people around him.

Recently, Messi won his 33rd title with Barcelona on Sunday to become the most successful player in the Catalan club’s history. Barcelona beat Sevilla 2-1 in the Spanish Super Cup as Messi overtook Andres Iniesta, who had 32 titles when he left this summer for the Japanese league.

The 21-year-old France winger, Ousmane Dembele, stunned Sevilla’sdefencee with a right-footed shot that hit the underside of the crossbar in the 78th minute. Barcelona goalkeeper Marc-Andre ter Stegen secured the win when he saved a penalty kick from Sevilla substitute Wissam Ben Yedder in the 89th.

While Barcelona dominated possession, Sevilla went close to going back in front when Franco Vazquez’s glancing header hit the top of the goal-frame in the 62nd before Dembele took his winner. 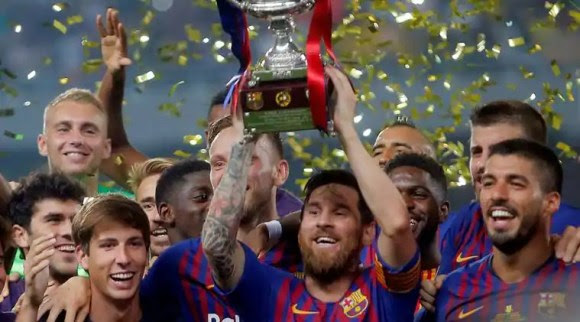 A year ago, Barcelona broke their own transfer record to sign Dembele from Borussia Dortmund in August for a fee of 105 million euros (now $120 million) that could rise to 147 million euros.

Barcelona coach Ernesto Valverde said that he hoped that Dembele’s goal is a sign of better things to come this season. “We have placed lots of hope (in Dembele),” Valverde said. “He has an amazing ability to break down defenses with his speed. He is a very young player and we hope that little by little he makes progress.” The video assistant referee (VAR) was used for the first time in Spanish football on Sunday to award midfielder Pablo Sarabia with Sevilla’s opening goal against Barcelona in the Spanish Super Cup. The use of VAR was hailed as a success at the 2018 World Cup and has been approved for use in La Liga this season.