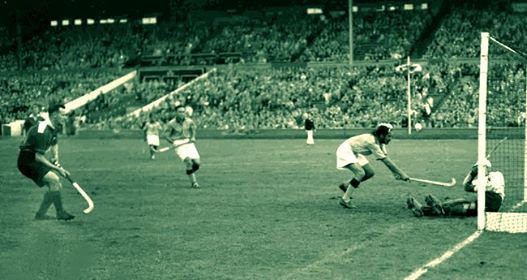 India is a sports-loving country and all the sports are appreciated here. India is continuously excelling in games like Cricket, Badminton, Hockey, Football, etc. and soon our country will be among the top countries in most of the sports.

August 12 holds memories of one of the most iconic moments of Olympics for India. 70 years ago on this day, India hockey team won their first gold medal in Olympic history and it came as a newly independent country to give further reason to be proud.

Today in 1948 @ the Wembley Stadium, London, the Indian Hockey team

The fact that it came against Great Britain, at Wembley Stadium in London, only made it significantly special for everyone. A 4-0 win and couple of firsts – ringing of the national anthem and the tricolor going up – had reason to celebrate for the 11 men who took the field and millions of people back home. Balbir Singh scored two goals in the final and then went on to win two more Olympic medals – in 1952 and 1956 – for India.

“In Delhi, President Rajendra Prasad and Prime Minister Jawaharlal Nehru came to see a match that had been arranged at the National Stadium…The press claimed that 70,000 people watched the match that day…The enthusiastic spectators hoisted us on their shoulders, patted us and touched us as if they were paying a tribute to heroes returning home from a fierce battle,” is how Balbir captured the mood in his autobiography ‘The Golden Hat-Trick – My Hockey Days’. 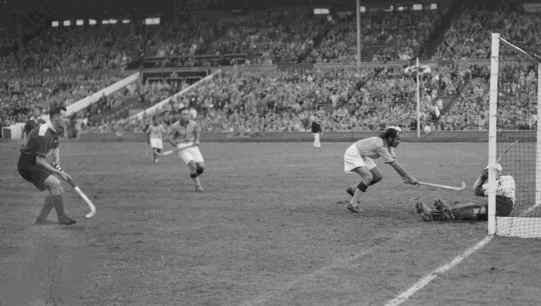 70 years ago on this day, it became clear — Indian hockey was class apart, they were true masters of the game they nurtured and modernized. Three days later, the team celebrated the first anniversary of its country’s independence with unbounded joy lined by Olympic gold.

Actor Akshay Kumar’s upcoming film Gold is based on this incident. He shared a video where players of different sports described the feeling of winning for the country.