Asian Games 2018 are being held in Indonesia. Here are Day 7 stats.

India’s Saina Nehwal storms into the women’s singles quarterfinals with a 21-6, 21-14 win over Fitriani of Indonesia.

India’s Deepika Kumari, Promila Daimary and Ankita Bhakar lose the second set 51-56 against Chinese Taipei, who now have a 4-0 in the women’s Recurve Team Quarterfinal

India’s PV Sindhu marches into the quarterfinals after beating Gregoria Mariska Tunjung of Indonesia 21-12 21-15 in the women’s singles Round of 16.

Tajinderpal won the gold breaking the games record in his fifth attempt with a throw of 20.75, which is also the national record. 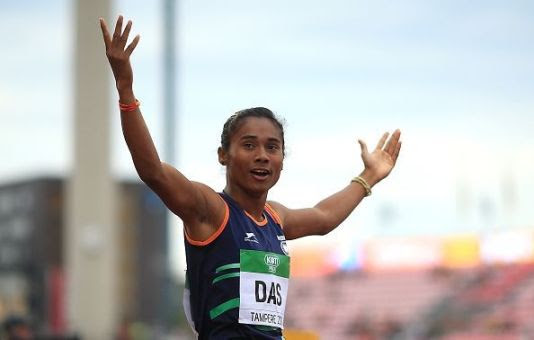 Muhammed Anas has done it! He’s in 400m final after clocking 45.30 in the semi-final

India is at the eight position in the table with 29 medals including 7 gold, 5 silver and 17 bronze.